Now, it feels much more real. I have actually left the country. Even if it is only Denmark, I really feel that I am on my way!
The day started at Lizzies apartment. I had to buy some stuff that I did not have since before, so I went into the city to Naturkompaniet. There, I bought a “mini towel”, a cup, a bottle for fuel and a Trangia 27-3 UL instead of my 25-1 UL. I had forgotten my methanol burner at home, and also wanted a extra tamoj if the other one would break or get lost, and had thought of buying the smaller Trangia to save space. As they did not have the 27-1, I also got a non-stick pan. I really have to say it is much smaller in the bag!
I also bought a saddle cover at a nearby bike store as I have a leather saddle and must protect it against rain.
When I came home, Lizzie were making pancakes that we were going to have for breakfast. They were really delicious, and it was more than a week since the last time I got to eat pancakes! 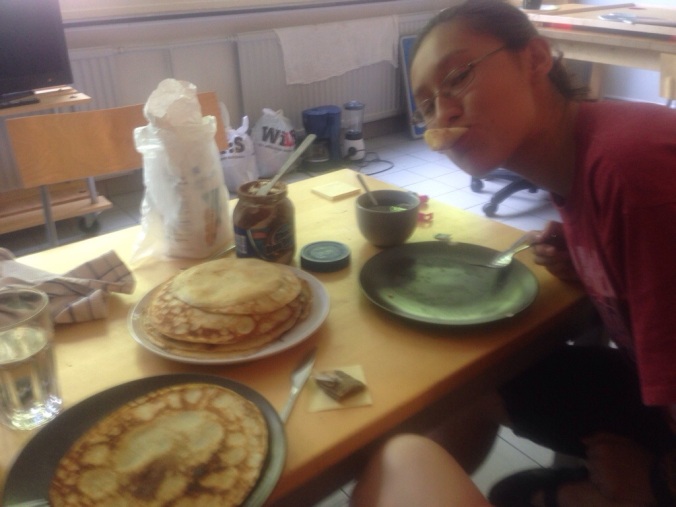 After packing my stuff I went to Malmö. There I had a small meeting with Eli, talking about my trip and doing a small interview. It was really nice, and Eli is a really energetic person! We were talking about maybe meeting up around Iran-Kazakstan, and who knows, it could be fun!
We had the meeting at her balcony with a really good view over Malmö.
Then, it was time to try and get out of the city. I went to the petrol station closest to the bridge and started asking around. I got no luck, but a taxi driver told me to get to the round-about nearby and try there. I made a sign and stood there while talking with Ronja over the phone. It took around half an hour, but at last a person stopped. It was a danish scout, which was really fun as I am a scout myself! 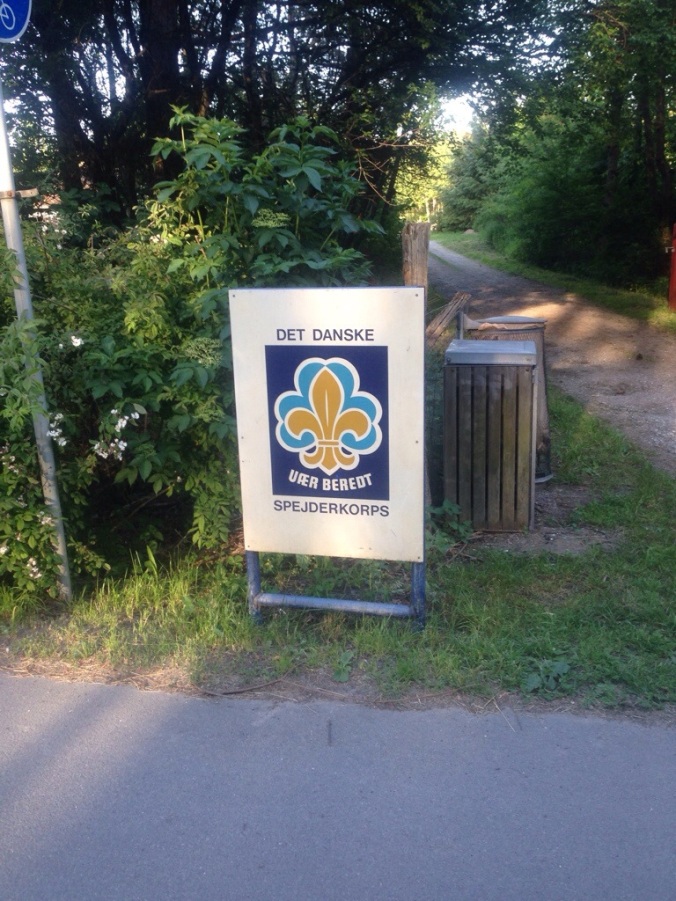 She gave me the alternative to take my bike to their scout centre and sleep there overnight. 19 kilometrers later I am at the scout centre, called Hvissingespejder I think!
She and her son Bjørn went to the scout centre to unlock the bathroom house and also show me around a little bit. I even got more field meal breakfasts and some tea! 😀
The first night abroad is really going well so far. Hopefully my whole trip will go this good. As I do not have wifi all the time, I will not be able to post daily, but I will still try to write daily, so you may get a bunch of posts at a time.
Good night world!

6 thoughts on “I have left the country!”