Today the day started early for once. I woke up at 0600 and went up at 0615. The family I stayed at were as nice as the day before. I had gotten a little dessert after dinner and also made a lunch package containing some sandwiches with ham and cheese!
As they went to work, I went to one of the couch surfing hosts that had answered at the night before when I had already gotten a place to stay at. I decided to go there and live there for at least one night as I felt my body needed a little rest. It was nine kilometers away, so it went pretty fast. Once in Holmstrup I asked for the way and got directions. I was a little confused and wanted to ask a young man trimming the hedge for directions. I asked for the community and he said it was there. I asked for my contact person, and it was him. Lucky as usual!
I got a tour around the building, and the place were much huger than I had imagined. After the tour, it was close to breakfast, and as I had already eaten I joined them for company which was really nice. After that  I started with giving my plant some more soil. Even if I think it is already lost, I want to try to revive it as long as possible!

Then I unpacked some things and gathered my laundry as I had the option to wash here. After that I helped out with making the dinner ready, which was some kind of salad, and I think it went really nice!

This is the little hut I am living in right now:

It is more than big enough for one person, even though the toilet and shower are in another building. There are many buildings here: Buildings to live in, but also a building for dancing/partying, a building with all the kitchen and food storage and also a gardening building. 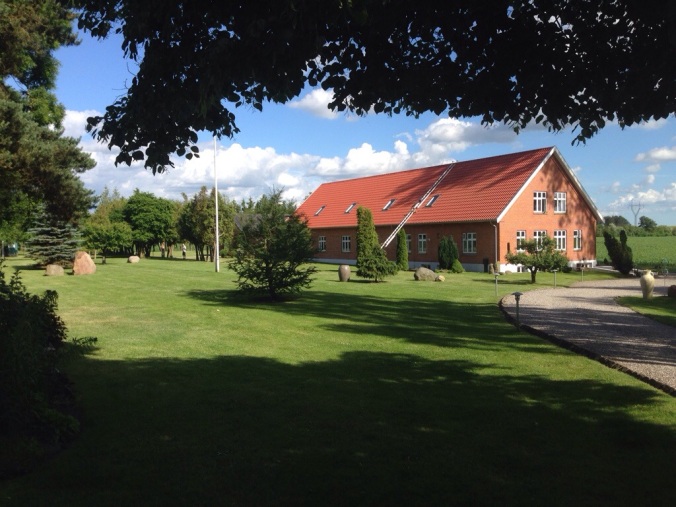 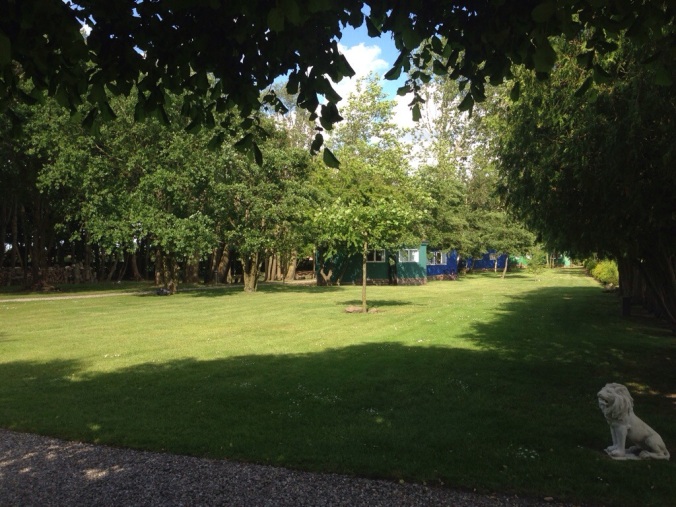 After lunch time, I went into the city as I had something I wanted to buy for my Trangia (a Multidisc). There, I also had frozen yoghurt at some place, where you pick everything by yourself – there is a dozen of options for flavors, and even more for toppings – the regular toppings, but also candy, strawberrys, white chocolate and licorice!
Then I went out to a basar (a market) as I got tipsed about from the guy I made dinner with at the community. There, I bought some bread, and also found a pair of shorts on second hand, as I did not have any ordinary shorts with me. They are really lightweight and packable, and only cost 30 DKK. Cheap enough for me!

Back at the community, I was going to make my own food, but one of them told me I had worked enough for a dinner, which was really nice. It was delicious!

They also had their homemade honey to have on the sandwiches.
After dinner, around 2130, we went by car to a nearby lake and took a walk. Then we bought some ice cream, went home, I showered and talked with friends over the phone and now this long day is coming to an end.
I have one more day, and one more night after this, and then I am going to continue my bike trip!
Good night!