The day started with a müsli breakfast with banana, apple, milk and also some other stuff. Then it was time to go again. It felt a little heavy since the ending of the book, and also the weather were a little bit bad. It was gray, raining from time to time, and also it would be strong head wind after Hamburg (10 meter per second).

I started with going to Hamburg, also to get some wifi as I had some calls to do. After the calls it was already lunch time, and you have to eat hamburgers in Hamburg! (According to Johanna.)
I went to Kleine Pause, and ordered a bacon and egg/burg with fries. It was really much, much better than McDonalds, and also pretty cheap for what you get (7.80 euros).

Continuing through Hamburg, I went through the Sankt-Pauli-Elbtunnel. It was a really cool thing, you went down with elevator and then walked beneath the water for 150 meters instead of over a bridge. 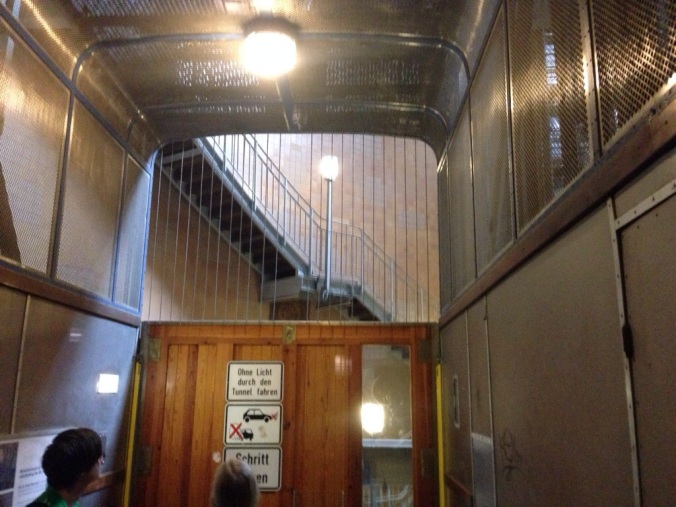 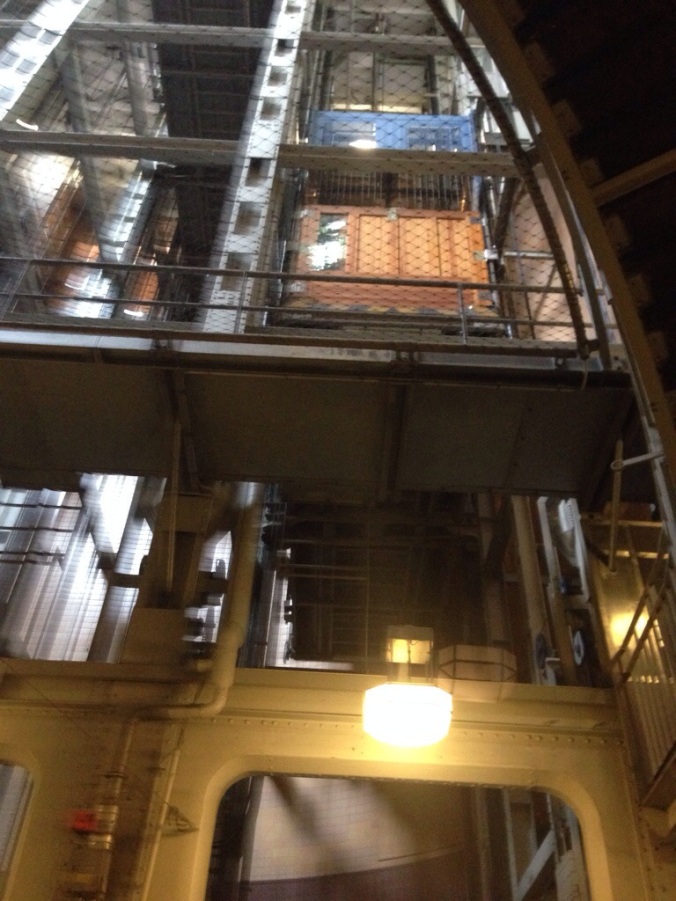 After rising up above earth again, I had to go over some small islands before getting out of Hamburg. It went slow, as it were much traffic, and a little bit of confusing where I could go by bike and where not.
The rest of the biking also went pretty slow, around 15 km/h, as I did not want to push, it was raining a bit and I had this strong head wind. I did not hesitate, as I did not have any couchsurfer host that had answered yet.
When I had almost gone the whole distance that day, I was in Heeslingen, trying to find wifi to see if any couchsurfer had tried to contact me, and also thinking about buying dinner. I found a food store, that also had an open wifi, but I couldn’t connect. Therefore, I asked a young couple about borrowing internet. We hooked up our mobile phones and I started looking, even though internet were a little bit slow. I had no answers yet, and while talking, they told me to come to the Hurricane festival tomorrow. I told them I would come, if I got to sleep at their place, and they said yes. Instead of dinner I buying something to drink for the evening, and we went to their place, were I got to shower and got some dinner,, including swedish bread!

Ronja and Vincent, the couple, were expecting another friend over later, and we had a nice time talking and also looking on a movie (300: Rise of an empire) but I started sleeping after half the movie as I was tired after the biking. It will be a fun day tomorrow!