After eating some breakfast and saying goodbye I continued in the direction to Amsterdam again, with next stop in Münster. I stopped after 40 kilometres to eat lunch at 1200. 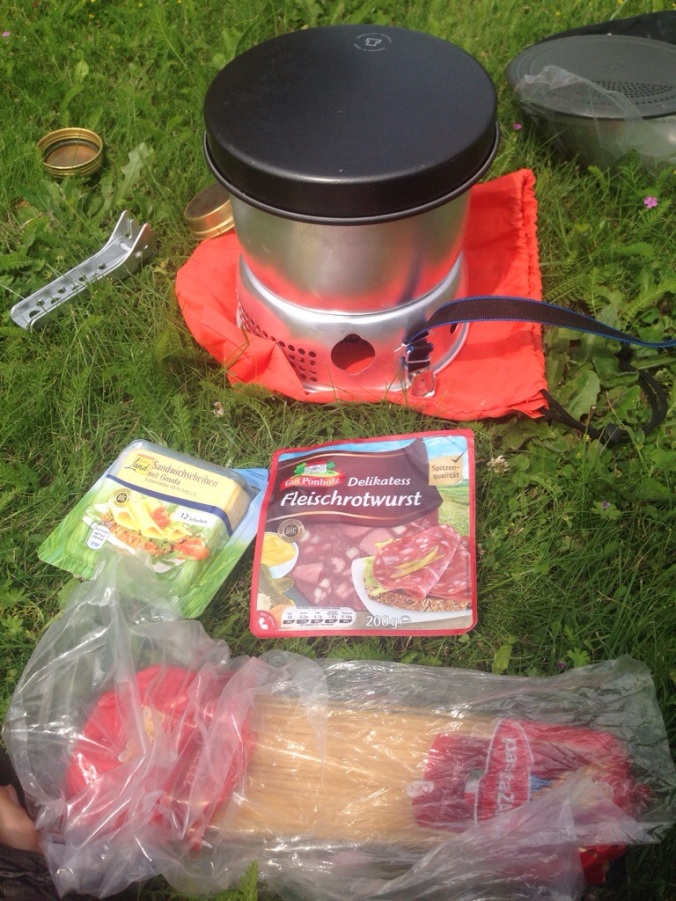 Before lunch, and also 20 kilometres after lunch, I had some tailwind and it went on in about 26 km/h. The last 30 kilometres were more west-going than north-west, and also the wind direction changed, so it started to get harder, but after some kilometres I got a buddy that was going in the same direction. He left in Telge, I think the city name was, with 12 kilometres left to Münster. Some kilometres before, I got overtaken by a racer bicyclist, and as it is fun to follow someone, I followed him as long as possible. For around three kilometres I was at around 28-30 km/h until he took another turn than were I was going, but it got the time going!
I then arrived at the place where I would couch surf for the night. I got let in, and went up to the door, but Andrea wasn’t home yet. The one who opened was Melissa, who have her birthday tomorrow, and therefore there would be a birthday party for the evening (which I knew since Andrea accepted the request, but it sounded like something nice to do in the evening).
It was a really nice birthday party with much vegan food and good desserts, even though I am always tired after a day of biking!