I got to stay in the nice couples house so I could sleep for as long as I wanted. I went up by ten o’clock, took a shower and then went down for breakfast (that was already on the table. I do feel spoiled sometimes while traveling like this!).

Aad came back from Utrecht at 1225, so I met him to pick up my rain clothes and say goodbye. It was a really nice stay, especially during the circumstances (that is, not having anywhere to sleep).
I then started to bike to my next destination: Gierle. I had another Warmshower answer who told me she had actually moved, but her parents could probably host me, so I contacted them and got an OK pretty soon!
With 42 kilometres left I stopped for a brake and ate a sandwich I had gotten with me from the breakfast. I also took the time to take some new profile pictures for Warmshowers and Couchsurfing as I do not longer have my long blue hair! 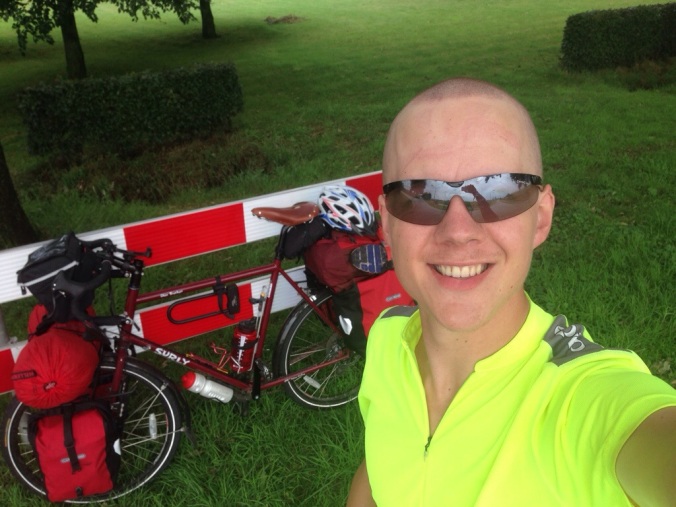 I then continued, and after a while it started appearing Belgium flags everywhere. Apparently I had crossed the border without even noticing!
The vending machines seem to be pretty popular here. For snack I bought some waffles and a cola, which was actually good, and cheap according to me! 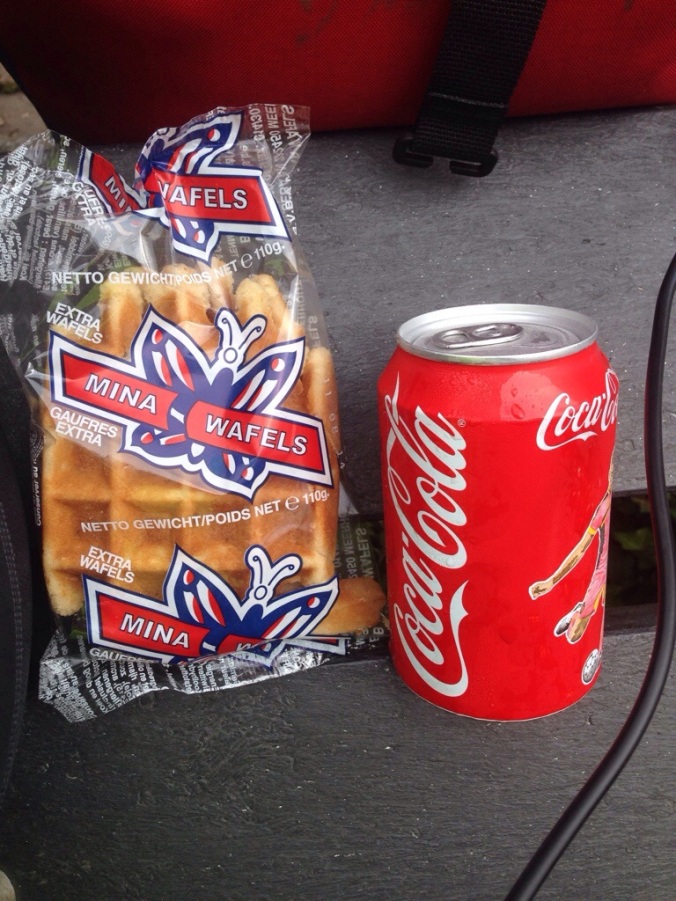 I went the last distance, but had problem finding the house. Apparently the road is some sort of three-way, but after finding someone who knew the road, I found the house right away.
This couple, Agnes and Gilbert, was also really nice. They lived in a really nice house on the outskirts of a small village. They did have some trees and plants they got fruit and vegetables from, and also chickens. They had also traveled by bike earlier, for example in Marocko, and had some nice pictures in a calendar from the trip!
Also, the blog view from tonight was really nice! 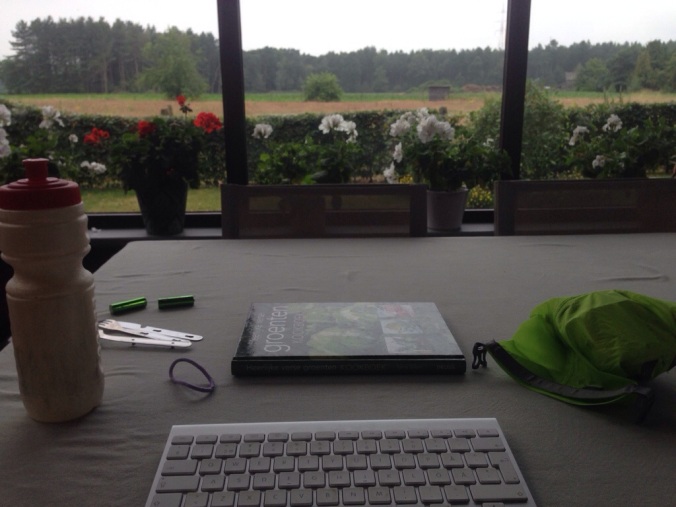