In the morning, me and Laura decided to meet for breakfast in front of the Eiffel Tower. This was pretty stupid, as we did not specify which side was the front, or exactly where, and there were a ton of people there!
On my way there, I bought some bread, and also brought my jam from home. I took another city bike as my rental time was until the next night. 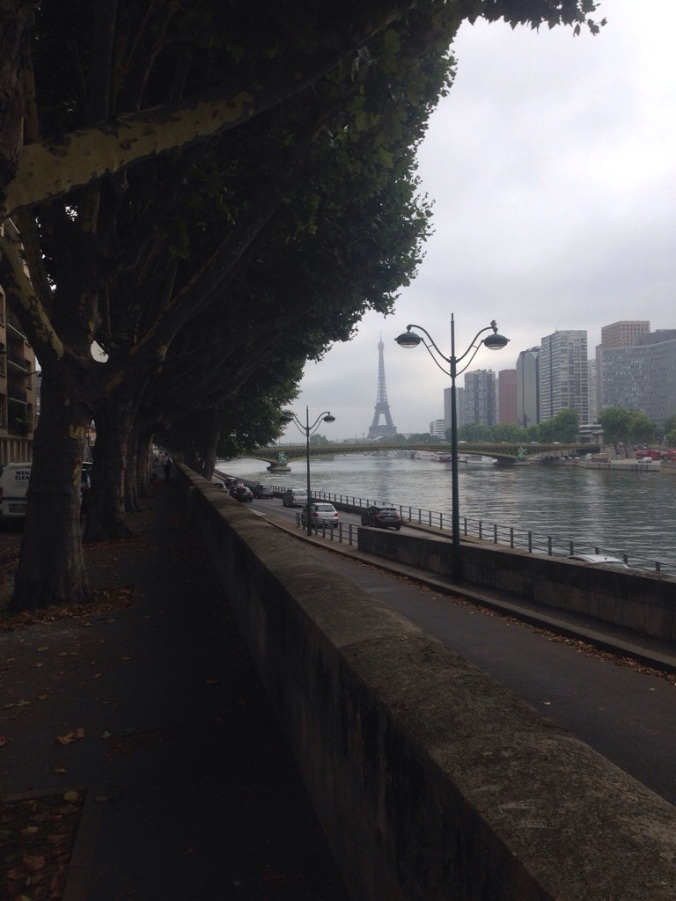 I came there in time, but then I had to find a place to park the bike at, and in the end I came there twenty minutes too late. I could not find Laura though, and after an hour and a half I sat down with another women that looked like she was waiting. She was from the USA, and waiting for her kids and husband, as they were not allowed to take the skateboard with them and she had also been up there before. She got to wait a total of two-three hours on them, as the lines were huge!
But the bread with the jam tasted good at least.

I was giving up on finding Laura, and was going away. I found a wifi, sent her a text, and then started walking. I then remembered that I should update the bike map so that I can see where to find city bikes (it shows how many are parked at every place, so you now if it is full or not). At that second I got an answer from Laura who also had been writing a message from somewhere with wifi, where she told me she would sit at the grassy area for about an hour. It was lucky I got that message instead of going straight away, so I went back and found her. Apparently she had gone the wrong way with the bike this morning, so she was 45 minutes late, but after that she could not find me either. We ate some more breakfast, before we started leaving for the city.
We came up with the idea to go to the cinema, but we did not find any good movies and/or times on the ones nearby. Then, we found one with a movie we wanted to see at a good time. We tried to get there in time with the city bikes, but we were too late, so we went to the Notre Dame instead. That was of course a have-to-see, because of the movie “The Hunchback of Notre-Dame”. 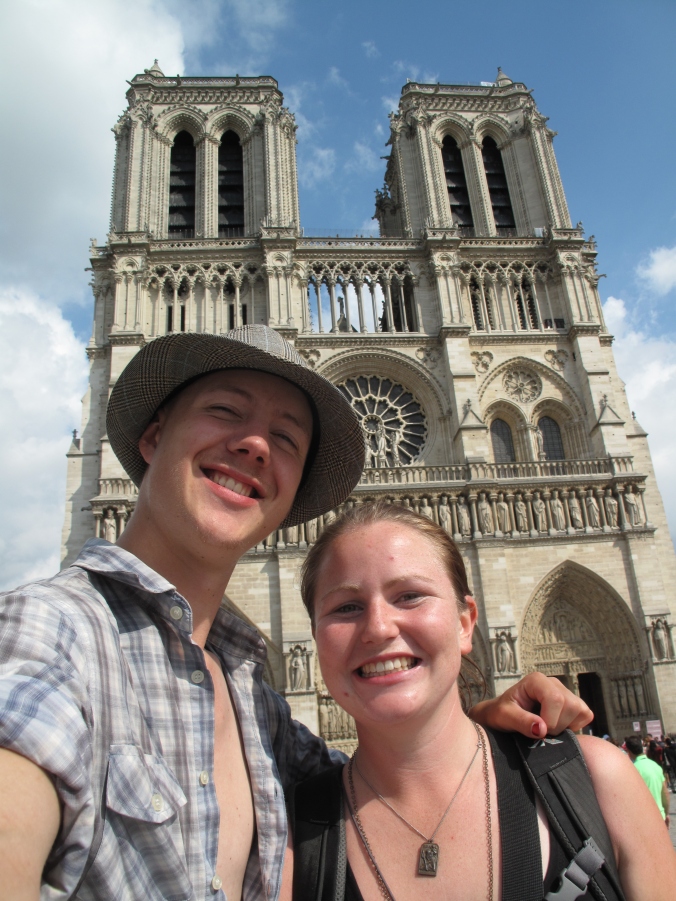 It was then time to leave for me as I was changing host today, so I went back to Christophe’s place to get my gear. This was also the first time I tried the train and metro here in Paris.

I then biked to Lukas’s place, another swedish Couchsurfer that I met in the first picnic night. He has been living in Paris for a while, studying and working since february.
He and Benjamin, another friend of Lukas who was staying another night, was making dinner I was invited to (meatballs with macaroni and sauce).
After that, we looked at an episode of True Blood and then some episodes of Girls before going to sleep!