I was still a little bit sick and tired, so I slept late. I did not have any plans for the day, but when Lukas woke up, we decided to meet and walk to a park nearby his place. I went there, and then we went to the park, passing a store to buy some Mars ice cream.
It was a nice park, with some exceptions. There were apparently a lot of prostitutes in the woods, and I am pretty sure we met two of them (one sat in a van and made pig-noises at us. Weird.) The rest of the park was nice, and we walked around the lake In the beginning we stopped for ice cream, and on the other end we stopped at a neat place with pretty good view over the lake. 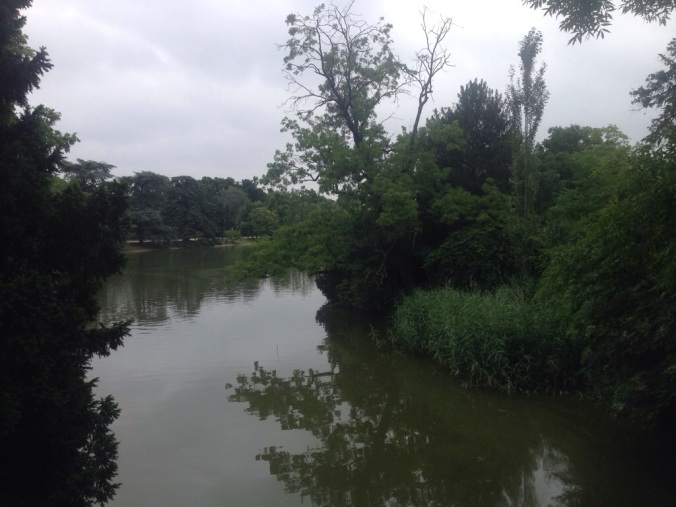 We then took the metro home and went back to his place for lunch.
As it was tuesday, there were a cinema club meeting, and they were going to see the movie “Boyhood” which seemed pretty cool. It was a long project (twelve years I think) where the director used the same actors and filmed once a year. I went to meet Aoife before the cinema to pick up some hair dye for her, and then go to the bar for the pre-meet with the other guys. I also bought some candy (still not as good as the swedish candy, but good).
The movie was pretty awesome, but it is nothing to see if you are only into fast-paced action movies. It was a good showing of life, rather, and different stages in life. I liked it!
Afterwards, we took the Metro home, and I went to the same station as Aoife as it only differs a couple of hundred metres going to the other one. At the movie, I had come to the conclusion that I would continue biking tomorrow, so Aoife bought us each a last glass of wine in Paris.
I went home, and fell asleep, now with the plans to continue tomorrow!

(Also, people really seem to drive like hell in Paris.) 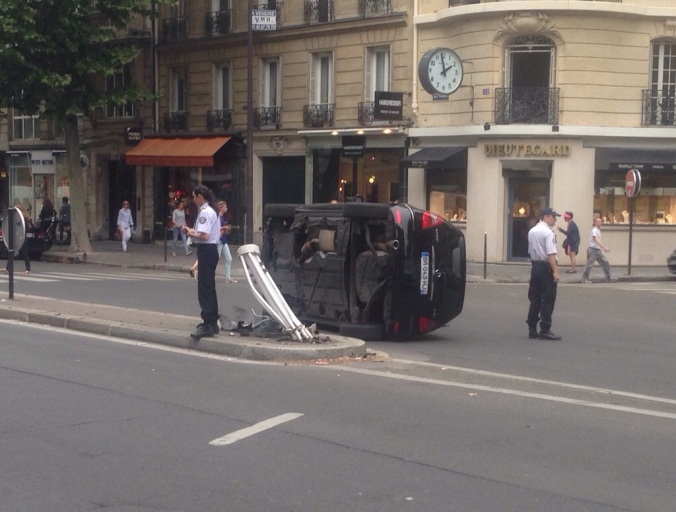