So, the plan today was not only to move, but also do some sightseeing.
I went to Bayeux, about 30 kilometres, with just one small stop in the way as I saw a flower that I often use in Emoji:

Then, in Bayeux I shopped some groceries right before the camping. I went to the camping, pitched the tent and put everything in there, made lunch and ate. Maja had done cous-cous on cold water, so I thought I would test that out too. The cous-cous salad was nice, but I need a bigger bowl! 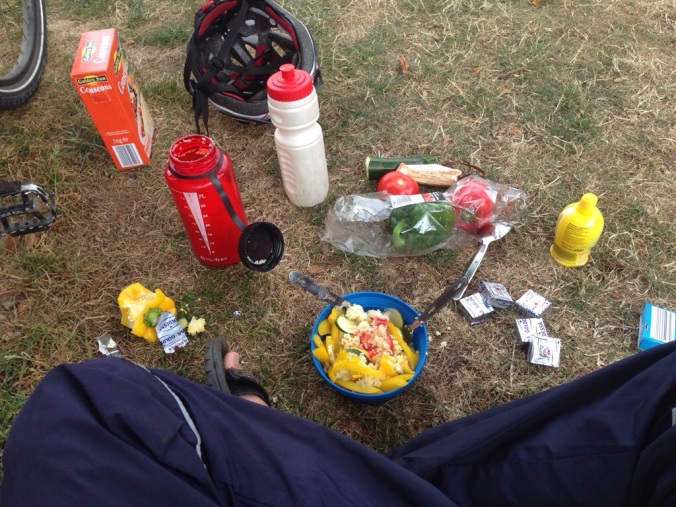 I set course in Omaha beach. On the way I asked at a house if I could borrow the toilet, and they invited me in on some wine. Then they invited me for lunch/dinner, which I gladly accepted. They had made a typical french dish, hachi parmentier, so I got to try that too, with some cheese as desert!
I then continued until I got the the American cemetery in Normandy. They had a free small “museum” in there, so I got to watch a short movie and also read a bit about the invasion, statistics and people. One of the things you could see was the old parachute they were using: 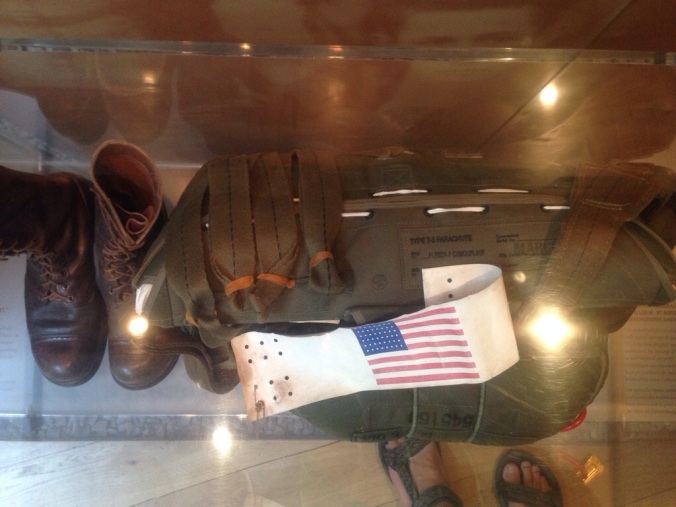 When I went outside, you could see the beach.

I went down there and dipped my feet in the water which was warmer than I expected, but still a little bit cold.

I went up again, and visited the cemetery itself, and I guess most of you know how it looks. I could not help but feel sad about all the people dying in wars that actually did not make any difference in the end. 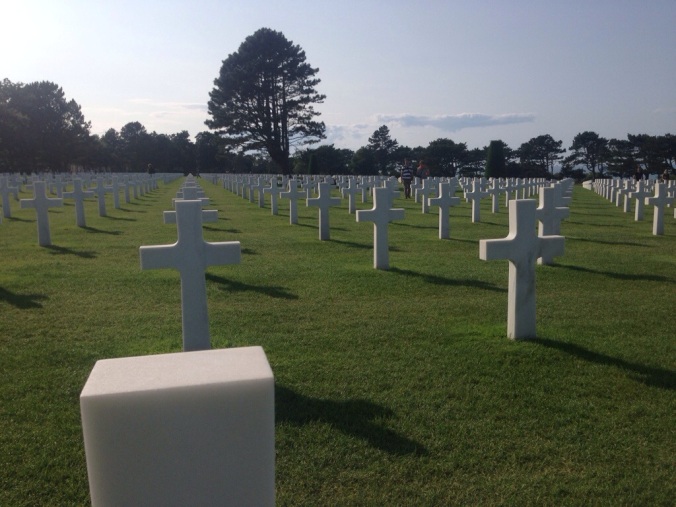 After that, I set on my way home again. On the way to the cemetery I had passed a really long hill, so I was thinking of trying to get a speed record by pedalling down that hill. I met one problem though, as there were a tractor close to the end, and I had to start braking right before the record. Sorry for vertical video capture, but that was the best way to attach the iPhone!

Home at camp, I made dinner, showered and the usual stuff. I took a walk around the camping to see if I could find anything interesting. I did find a pair if touring cyclists, who had flown from Russia and were touring France. After having a nice chat we exchanged contact information. After that it was time to go to bed, and tomorrow I would start going against Spain!