We went up at nine, and ate breakfast. Personally I think the breakfast was delicious, with those chocolate-filled wheat-cereals and other stuff. Do like!
Then, we went to Mont Saint-Michel “for real” as Nina could tell me about the place, and also show me where to go. We went around the abbey on the outside, and also took a tour on the inside, among others through the “cheaters alley”! We also saw a Pikachu drawn on the sand!

We went home for lunch, were we made mashed potatoes with meat. It was a little strange to cook in a real kitchen, but it worked out! 😉
After lunch, I helped out by moving some boxes from the attic down to the garage, before we left for Saint-Malo. As we missed a turn, we ended up in Dinan instead, which is the same but without a beach, which makes no difference for me!
It was a cool place from the medieval times with some buildings left as they were. We went to a church (a “small one” for France, but I would say it was a big one…) and also walked at the walls around the city! 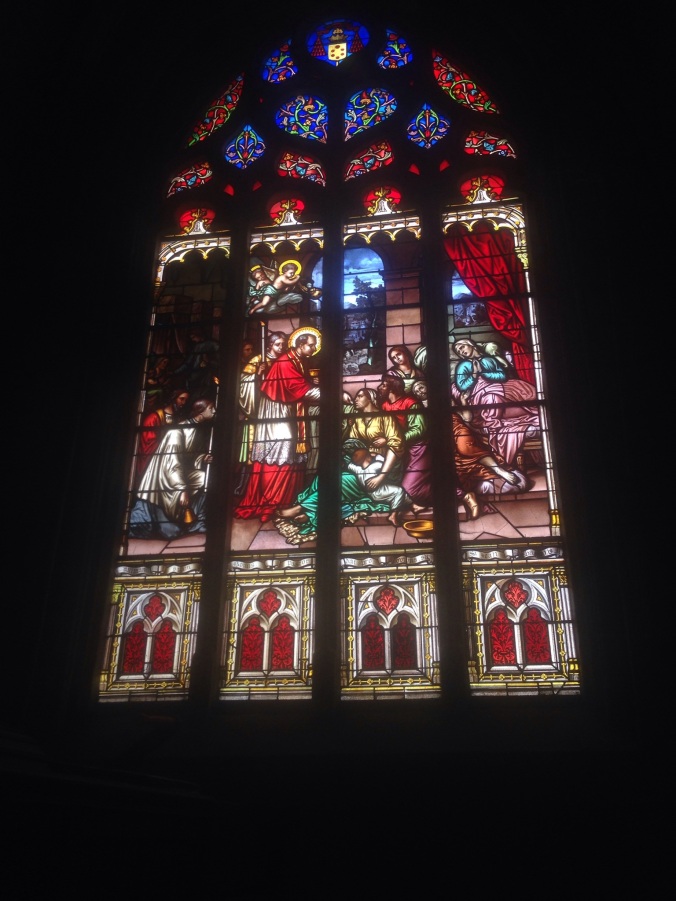 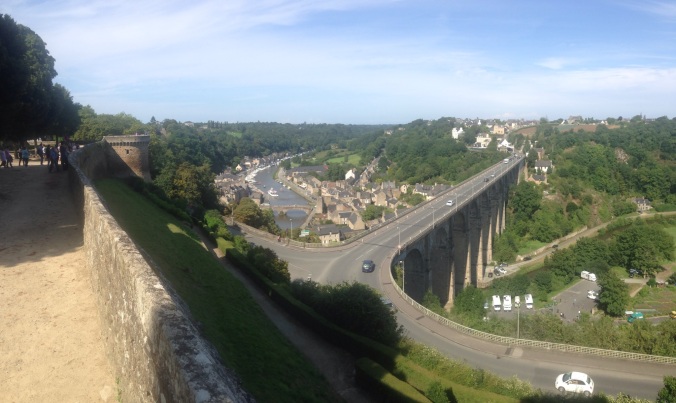 After having some ice cream, we started looking for the car (we parked it somewhere, so we just had to find it 😉 and went back again. As Babette was making dinner, we went to get Nina’s car from the mechanic. I have now driven a car in Germany and France! 😀
Also, at the mechanics place, I got to see the motor crosses that he had, and I recognised one of them: It was a Kawasaki 65cc, the same size as I had as a child. It brought back some memories!

We went back to Nina’s place where Babette had prepared dinner. First we ate Galette, which is the salty form of Crepes, as I understood it. For dessert we ate Crepes, which was made at the same way as I make my swedish pancakes, but sometimes they add something to it, for example Grand Marnier.

After dinner, we looked at a movie, The Host. I liked it, but I think I would like the book better (which I will have to read in the future)!