After having breakfast, saying goodbye to Gonzalo and after departing leaving the key to Alberto, I biked south-south-east. The winds were really good, so the 76 kilometres went by fast.
In Rochefort, I bought some pre-made lasagna from Lidl. 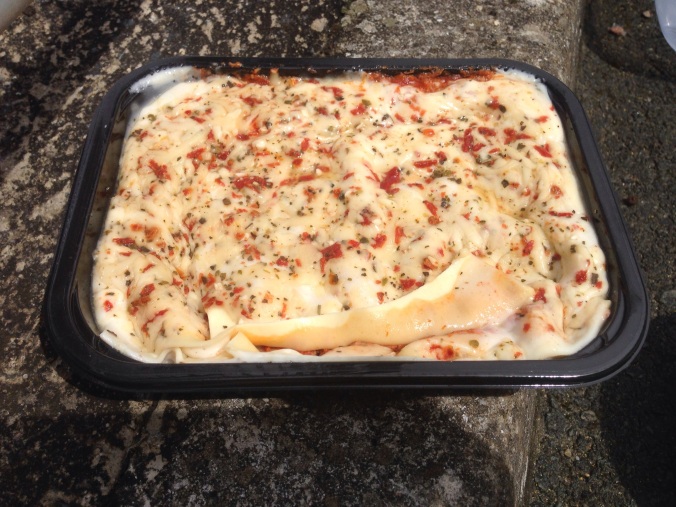 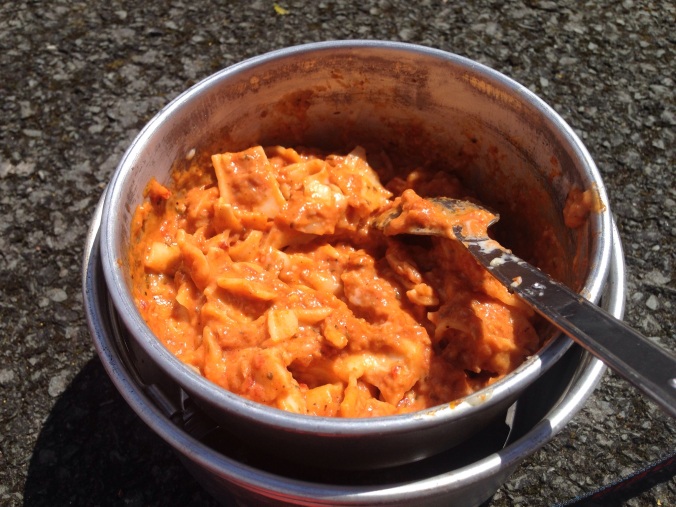 When arriving, my hosts were not at home, but some other people was. As I understood it it was a small farm where woofers could come by and work at, but they also had some friends there. I pitched my tent and took a shower before borrowing a computer, fixing some administration for home.
There were one woofer (working at the farm-person), and five other people, apart from the two living there. Four of the friends staying there were Finnish, and two of them also knew Swedish.
It was a really nice evening, and two if the Finnish people seemed to know how to cook, as they made some really good food. After a really nice evening I went to bed, and was not that sure if I would continue tomorrow! 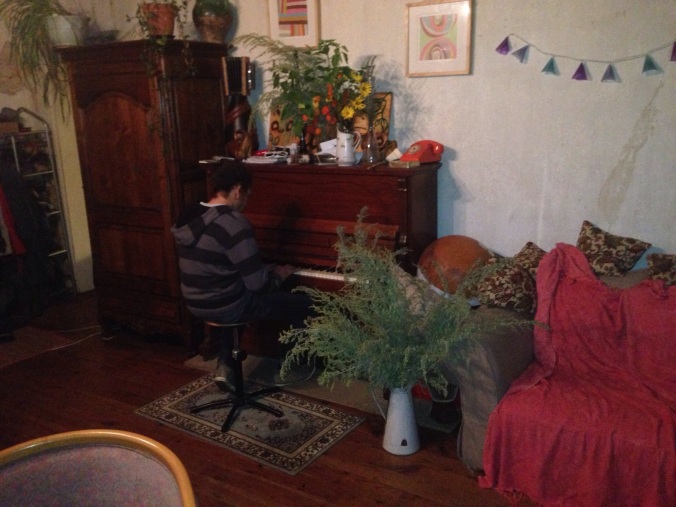 My host, Nico, playing the piano