So, today we started at 1007 metres height. That would give us lots of down hill, as Barcelona is close to sea level!
We continued along the way to Spain, and soon crossed the border.

After a while, we went by a karting place, and decided to drive some!

It was really awesome and much fun! Also, the guy working at the place were nice, and got a Swedish krona as he was collecting coins.
It was much more difference biking behind someone than I though it would be, and as I had the most luggage and they use SPD, I got to go last as much as I wanted. It was really easy compared to bike alone!
On the way we went by really nice roads and cool tunnels. It really was mountains everywhere, but the main way were pretty flat, compared. 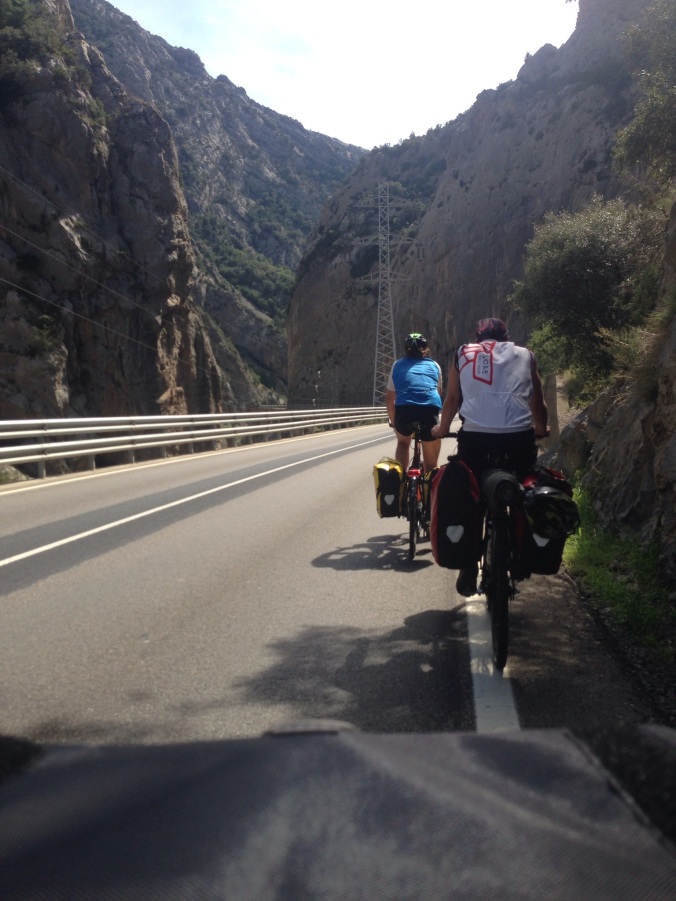 We came to the place where we wanted to camp, and after a climb of one hundred metres from 425 to 511, we could pitch our tents and relax. The climate really felt different on this side of the mountains, more dry and hot. Also, no clouds to be seen anywhere! 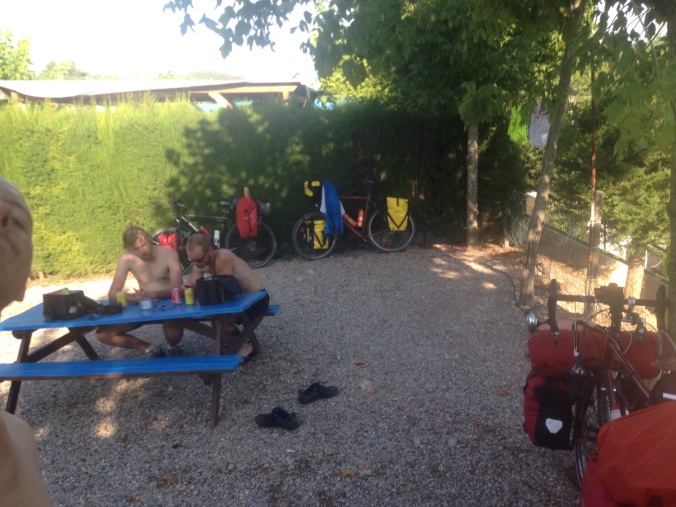 After watching Gravity on my iPhone I went to sleep. The Germans planned to take it easy, and as I did not have any special place to be at until the 30th, I just went by their time schedule.