Orion made a really nice breakfast (he says he hates cooking, but at least he is good at it). 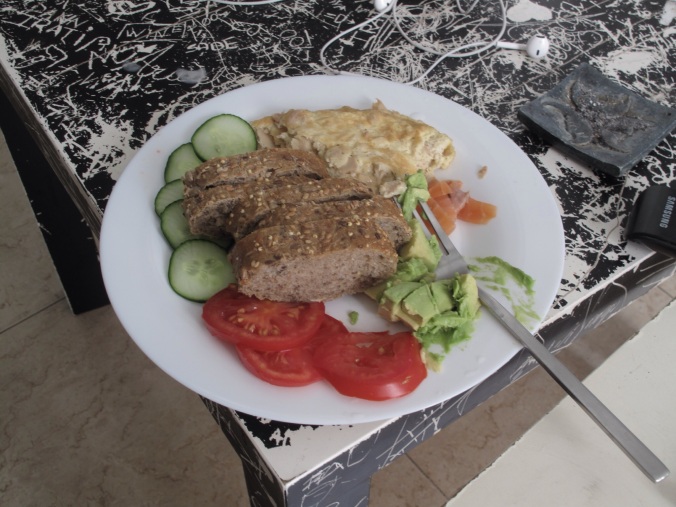 After that, I just relaxed and watched a movie. I was going to follow Orion to a Segway tour on the afternoon, so that he can have someone to use as a model.
When we came there, the boss of the company told us they had their own models, but they put me on a real tour instead, the other one would be mostly for shooting pictures.
I am usually not much for sightseeing, but the sightseeing part was actually okay. It was me and a pair from Australia, with our guide, Eva. She made the tour pretty fun, and as we were that few, it was easier to be flexible. It is also much more fun going by Segway instead of walking!

After the really long tour, we went our and ate a nice dinner. On the way home, I went into a store and bought a litre of ice cream, which I ate half the package of at home. Nice day!