After 2.5 hours of sleep, I went up at 7, so that I could get to my parents hotel and eat breakfast with them. 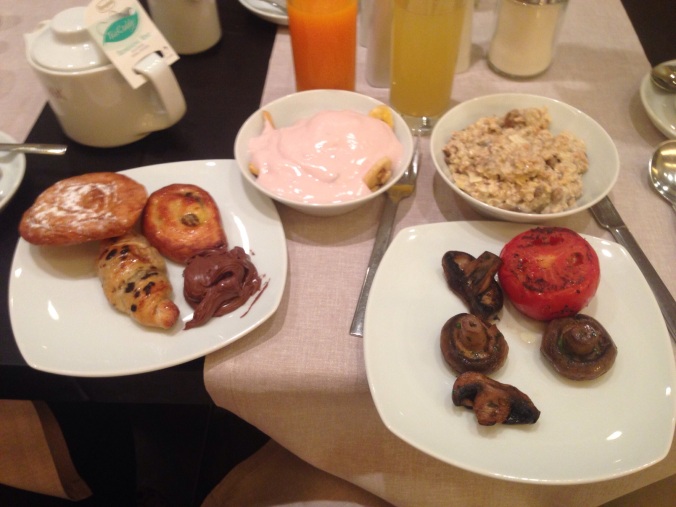 They were leaving today, so I spent some more time with them, and followed them on the first part of the train.

I went home again, pretty tired, but decided to look up what tablets I could find in el Corte Ingles. I found two which looked good enough, for 59 and 69 euros each. I went to the store and took a look, and found one of the tablets, the one for 69 euro. The price tag sad 99, but apparently I was correct about the price. They could not find it though, and sent me to the other store. There, they said they should have four in stock, but did not find any. They also said the first store should have 13, so I went back there again. I talked with another person, who managed to find the right one. I bought it, and a SD-card reader, as the main reasons would be to use it to sync my camera pictures and use it as a torrent downloader. I went home, and started learning how it works, and it seems like it will do what I want, even if pretty slow!

It was time for lunch, and as I am lazy, I went to the really cheap restaurant (El Pollo Rico, I think the name is). It took me some time to find it, so I got quite a walk. There, I bought one plate with Esfuardo, and one plate with Paella, and then went home again.
It was also time to change host, so at seven, I went home to Sandra, who I met through Warmshowers! She lives on the ninth floor with two terraces, so it was a nice view to take photos from! Sandra seemed nice, so it would be a good place to stay at for some days.
As I had Orion’s home keys, he came and picked them up, and also took the opportunity to take some photos. Here are some of my results! 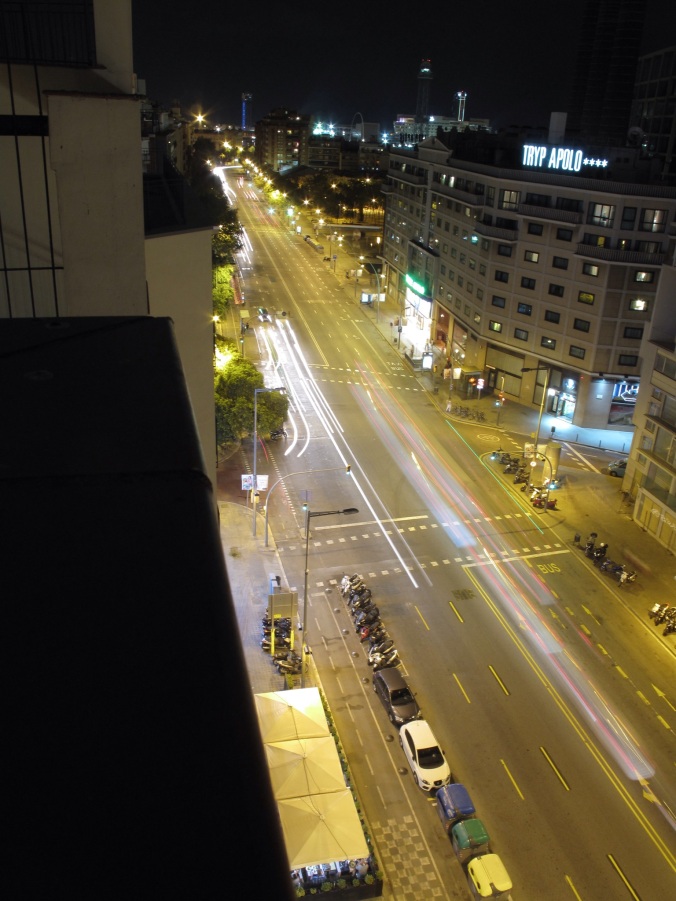