After breakfast, Ramón joined for a bit, which was nice. After he pointed out the bicycle way, he turned back again, and I am glad he pointed that way out, because it was a nice ride!
After 18 kilometres, I took a rest on a table in a resting place and slept for half an hour. Also today the sadness made itself reminded, and I hoped it would go away. This really make the whole experience bad, and takes away the motivation to continue and not just lay down and quit. I will not give up this easily though, as it may just be a passing phase.
I also took the time eating some food. I had gotten some potato omelet with me, and half of it at a time made a really good snack!
When packing together, two bicycle tourers went by, they where on the way to Camino de Santiago (which I am also, apparently).
I took 16 kilometres more, to a small village called Sant Pere dels Arquells, where a collector have three airplanes standing. I could not get onto the grounds, but at least I got some photos! You can also see them on Google Maps!

I also ate lunch here (the rest of the omelet) and slept another hour, waiting for some of the warm hours to pass by. 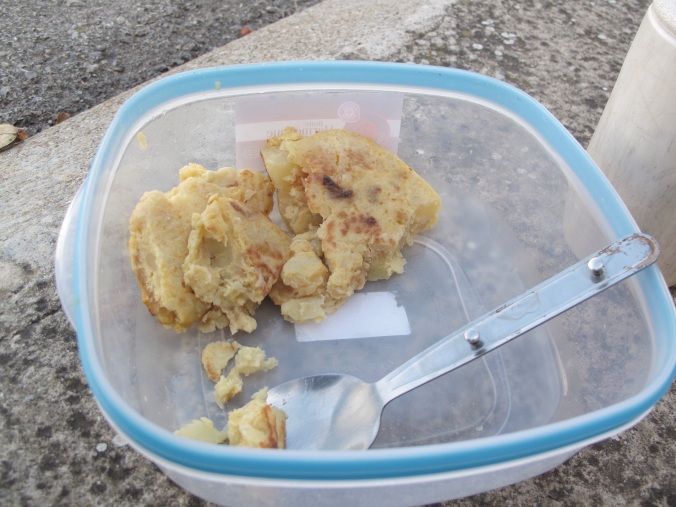 Going on biking, I went by a city that looked pretty cool, as it was on a high point, and the road I was taking went beneath it through a tunnel. I really liked it! 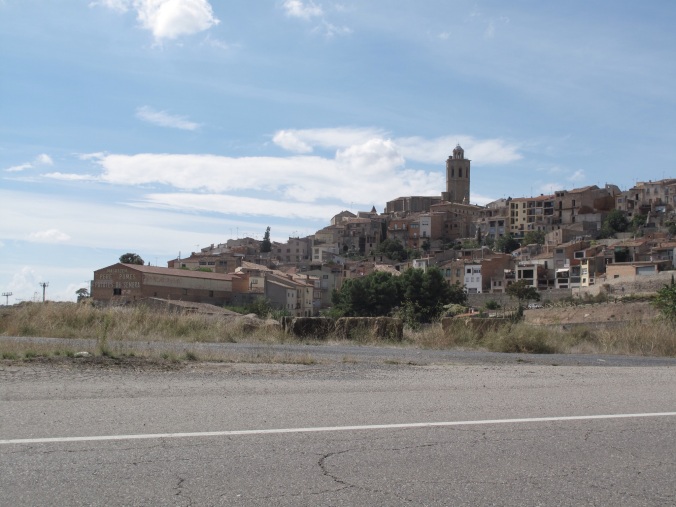 I continued up and down, and tried to take as many kilometres as possible, as Ramón had told me about some nasty up hills close to Lleida. I passed by another village, Tarrega:

After passing 65 kilometres, I was starting to think about finding a place to pitch my tent at. First, I filled up my water bag at one industry I passed by. Getting bored (even though it was going mainly downhill) I asked at an industry (Named Rodi, in Mollerussa). They let me pitch my tent on the backside, and the boss was really nice! He built a fort out of tires as a wind shield, and also let me borrow the shower and toilet. Really nice!

I didn’t feel fully well, but I watched some series, ate some candy and went to sleep.