I did not really feel like stressing away as I was with a friend and not on a service station. Also, the hostel owner wanted to hear about my trip, so I met him, and talked about how-to and other stuff.
He also told me a bit about the hostel, which he has more or less built, and the place is really arty and cool! 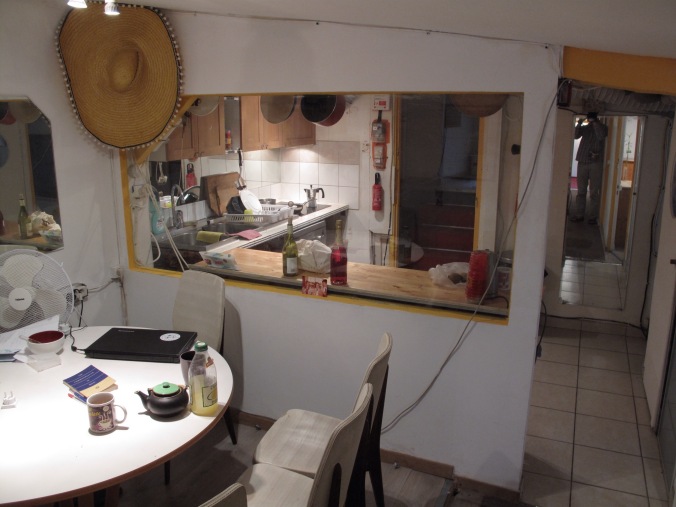 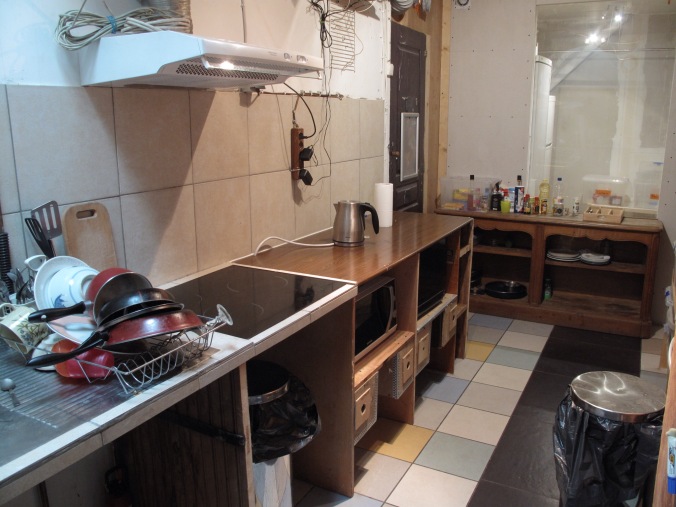 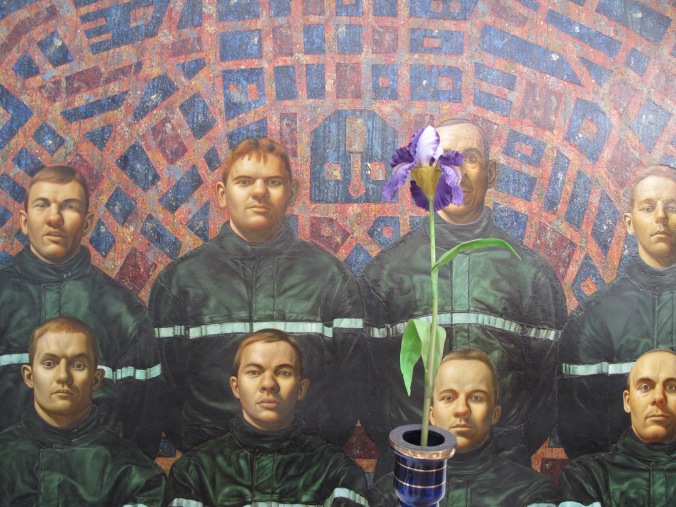 After that, I went out to buy breakfast. On my way back, I saw that I had two missed calls from an unknown number, and the telephone rang again. I was thinking of not answering at first, but I did and that was lucky. I had completely forgot that it was Monday and that I had the first of three interviews!
For my Swedish readers, you can listen on the first part here:
http://sverigesradio.se/sida/embed?url=http%3A%2F%2Fsverigesradio.se%2Fsida%2Favsnitt%2F433005%3Fprogramid%3D2985&start=6044
After eating som breakfast, and still taking my time, the clock was already twelve. It would be a bit hard to get out of Paris to get to a good hitch-hiking spot, and as I got two days already, it did not feel that important. I found a bus that cost 38 euro all the way between Paris and Köln, a 7-hour ride. I felt it was good enough, as my next place to go were to meet Johanna in Köln where she is an exchange student!
I talked some more with Aoife, before saying good bye again, and taking the metro to the bus station. I was a little bit in the last minute according to the check-in, but I got on the bus with 15 minutes left, so I felt it was good enough!
I spent the bus ride mostly watching movies (three, even) and eating bread with Nutella before arriving at 2100 in Köln, where I met up with Johanna!
We went to a good hamburger place near her apartment, and it really was too big portions. I thought it would be normal portions, but a small french-fries would have been enough without a problem.

Afterwards, we went to her apartment, talking and planning a bit for tomorrow. As I did once again sleep at a friends place, and not at a service station, I really did not feel like I was in a hurry. 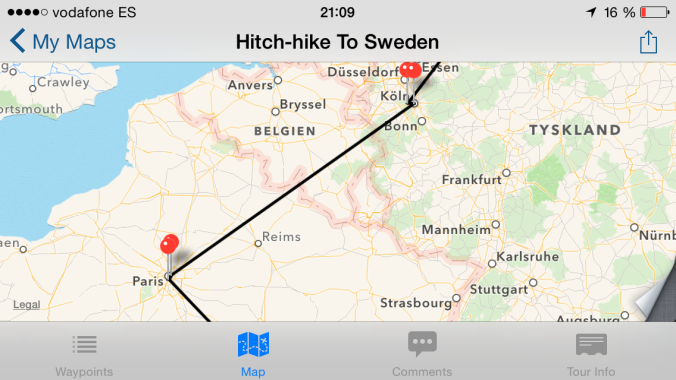