I went up at four, after five hours of sleep, and took a bus to the airport. I still felt a bit sick, but I managed to eat a little bit on the airplane.
I managed to get the emergency exit, which means loads of space for my legs. 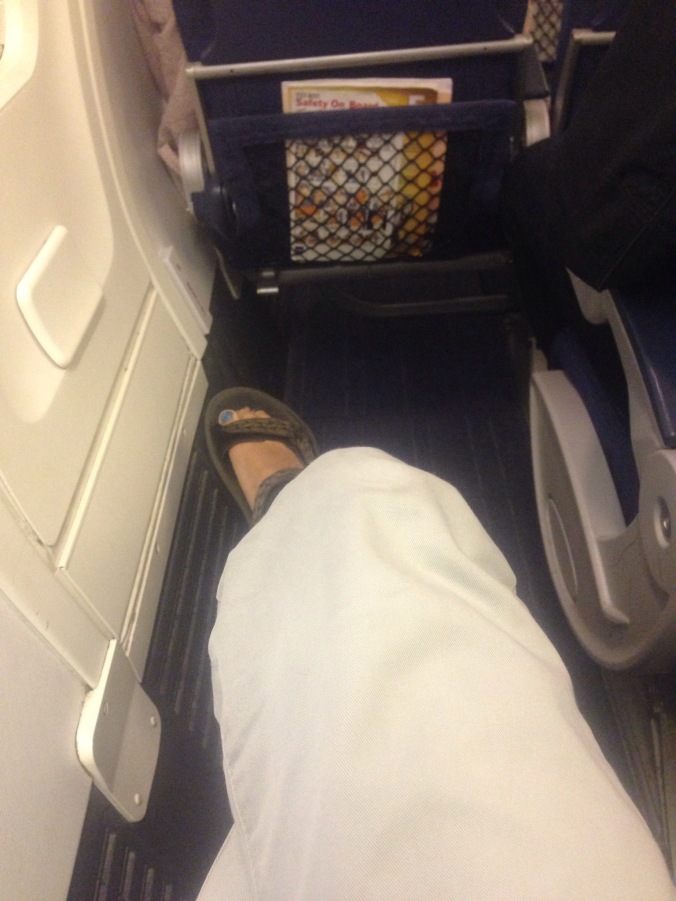 In Madrid, the tourist office at the airport told me the cheapest hostel were 30 euros. Screw that, I thought, went into town, bought a can of ravioli and found some internet. I managed to eat pretty normal, and found a hostel for about 10 euros. On the train there met two french girls, and followed them to a cheap hostel they had booked at (thought they had made a better check-up than I had). They did not know the way, though, and I did not want to try my GPS and lead them wrong, so I just followed them around. It hurt a bit in my foot, but I managed.
The hostel , Mad Cat Hostel I think the name was, was 12 euros with breakfast for a 16-dorm-room, so I took it. It was pretty good standard overall, more than enough for those 12 euros. A towel costed 5 euros, 2 euros in return if you return the towel, so I skipped that. Apparently someone left their towel at my bed, so I did not even have to.
After eating two times (one pizza, so still not recovered) I laid down on my bed, watching series. A girl that lived in the bed next to mine said “Oh, are you the guy biking to Japan with blue toenails?” Apparently the other people from the room were talking about me downstairs, already a celebrity!
I went to bed pretty early, but we all got woken up by some drunken ass drunk-singing in Spanish and taking a loud shower four in the morning…