I went up and started packing all my stuff. After a shower and a quick breakfast, I loaded everything on the bike. Good bye to Quico, and biking again.
I still felt pretty sad, and after just ten kilometres, I took my first pause. Another fifteen, and I shopped some food, and ate lunch. It felt heavy biking, and I did not feel motivated. I felt pretty empty, thinking if I should quit, or what I should do? What is it that I am missing? Is it just loneliness, or something more?
What I felt was that it would be a shame to miss out on Morocco.
I felt pretty done for the day, and saw a farm where someone was working. It was two guys from South- and Central America, and I managed to speak enough Spanish to understand that I had permission to pitch my tent, and that the owner would not mind. My camp was ready at five. I slept until eight, woke up to a nice sunset, took a picture and made dinner. Finally, everything actually felt as it should, as it had done before Barcelona. At nine I laid down to sleep again, still tired, probably since the weekend. 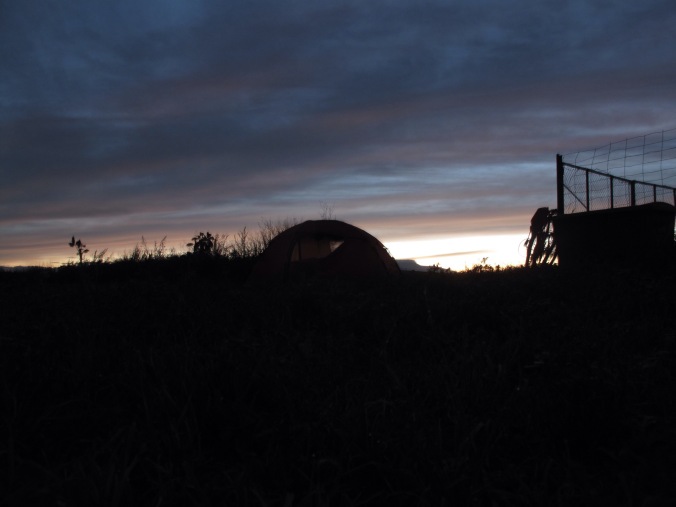