I had a nice morning, laying in bed until ten-something. I ate some breakfast, and just took it really easy. Found out I had another flat, apparently, so I would have to take a look at later, and I should buy new tubes.

I went out to eat lunch with Dominic and two friends of him, Tom and Pete. It was a nice lunch, with starter, main, desert and drink for ten euros!
After that we went to buy new tubes, and then tested the local bikes in Madrid. They were much fun, as they were electric, and crazy fast without having to do almost anything!
On the way home, I picked up some food for the next day on Lidl, before heading up to the apartment for a siesta.
When I started changing the tube again, I found two more pieces of metal!

Therefore, I took the whole tire off, and cleaned everything really throughly, so I was sure to be able to find out if there were any mor bad things in the tire.
In the evening, I went with Dominic to a comedy competition, which was really funny. It felt a bit long, but it was worth it anyway! 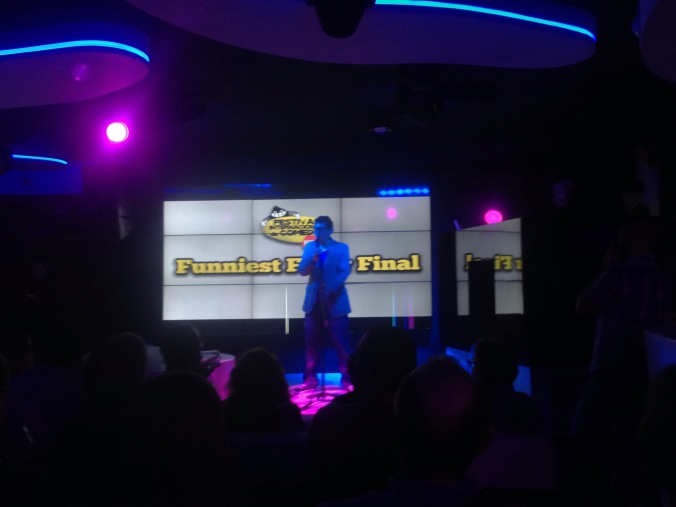 Afterwards, we went to Tako-Away and ate burritos and tacos. As it was getting late, one o’clock, wee had to take the electric bikes on a really funny crazy ride to a metro station, and take the last metro home to the apartment!
There, Asha was looking at a documentary from the fifties, about communist Polen. It was pretty funny to see, but soon it was time to go to bed after a long night!