I went up at 0930, and started fixing my bike while trying to get Asha and Dominic up. They went and shopped ingredients while I put on a new tube and some oil on my bike.
When they came back, I started making awesome pancakes while people were playing with my camera.

The pancakes were being made, and as usual, I do never do too few pancakes! 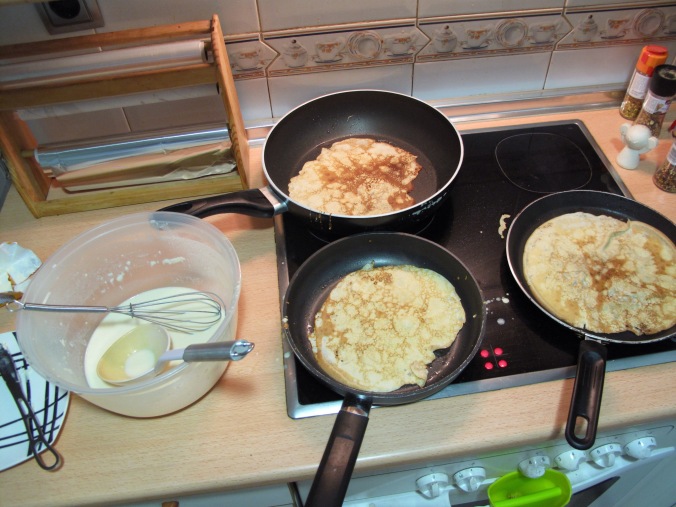 We had many things to choose from! 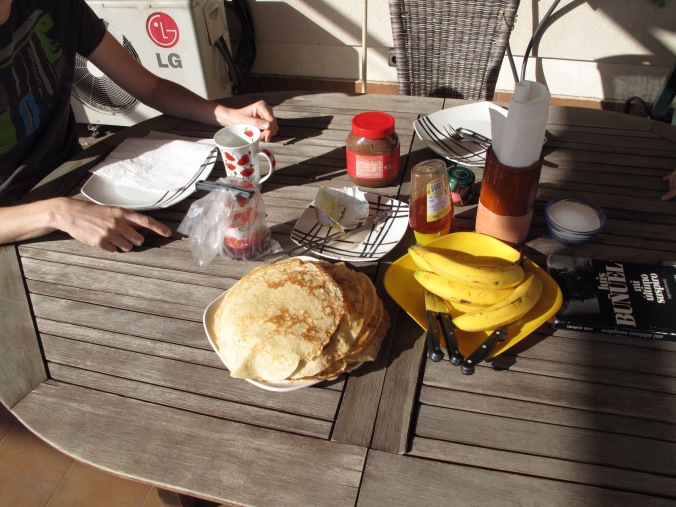 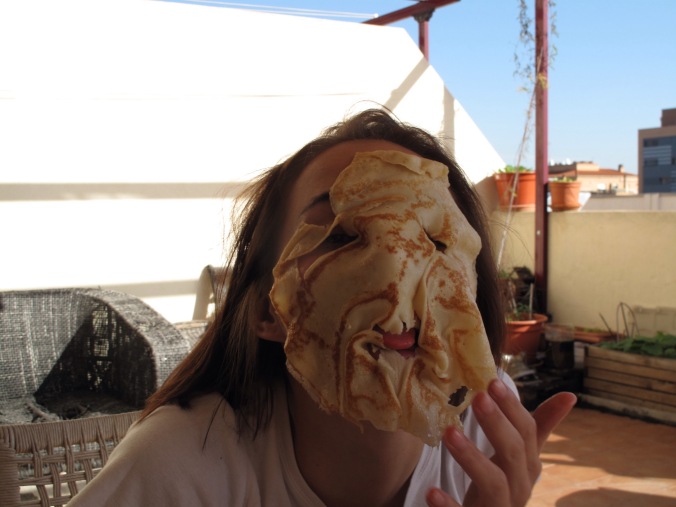 Not everyone knows
how to eat pancakes.

It was a pretty crazy morning that was really funny, or maybe not morning as it was twelve o’clock. The weather were really nice, so a perfect pancake morning! 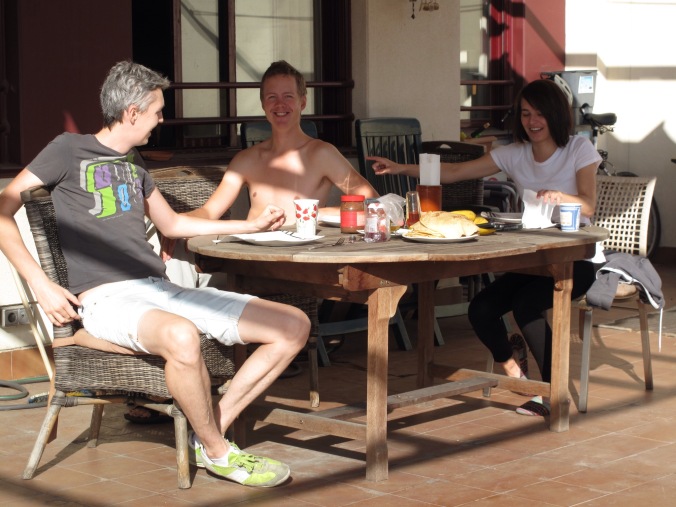 After the long breakfast I started packing, and Dominic and Asha helped me get all the things down.

This picture reminds me
of the movie Leon!

It was warm and sunny, and the wind were good, more or less zero. On the way I saw really many bunnies, apparently they are living by the road side!

They were really hard to catch on photo; this is their homes, the small holes in the wall!

It went pretty fast with not many stops on the way, but on one of the stops I ate the chocolate Dominic and Asha had been cute enough to buy for me!

At 1730 I was at the meeting place, and met up with Angeles!
She and her flatmate were really nice and easy to talk to. After a shower and some food, we went shopping for some food for me, and drinks for the evening.
When they were going out, I was too tired from the biking and not sleeping much the night before, so I stayed in bed instead. That felt as a smart idea 12 hours later, I think I really needed that sleep!