I slept until ten, as I only had 70 kilometres to go. It went pretty fast, and was just a decent uphill, nothing extreme. Not much other happened, but I saw this wind mill (and a sign with Don Quixote, so it may have something to do with him). 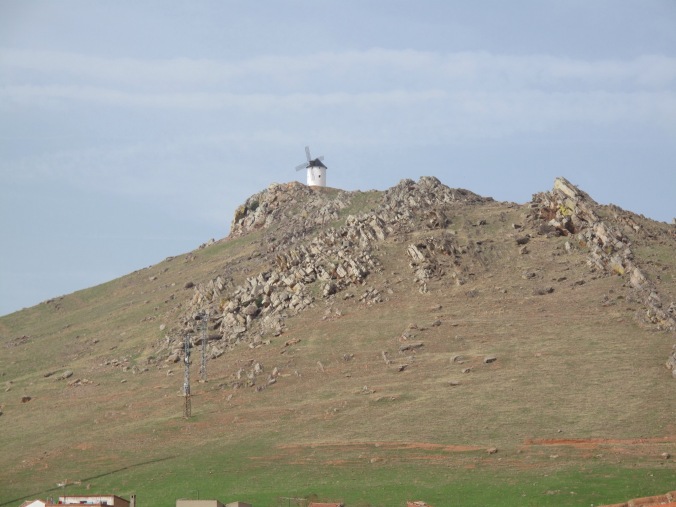 I came to Ciudad Real in good time, and started looking for Internet. I saw a university, and luckily I had gotten some Eduroam details two days earlier, so I used that to take a look.
No Couchsurfers had answered, but I found a Warmshowers around 30 kilometres south. He answered in two minutes, so I went there instead!
Ramon was a really nice guy, and his parents also. They lived a little bit on the country side with a really nice house, a swimming pool and some grounds. They spoiled me with food as soon as I got there, and his mother cooked a really good dinner with chicken, potatoes and tomatoes! We spoke mostly on Spanish, and Ramon usually do mountain biking, but also touring within Spain, and he was a really positive guy!