I woke up, and the view was still really nice! 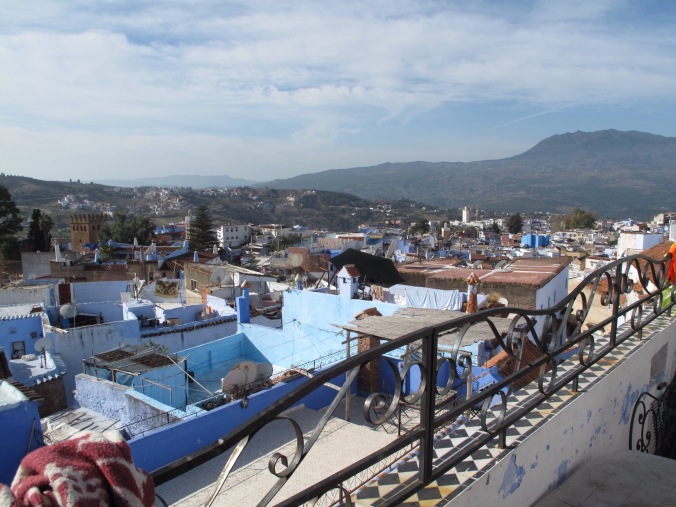 I slept so-so during the night, as this rooster kept screaming every hour, about ten meters from my room. 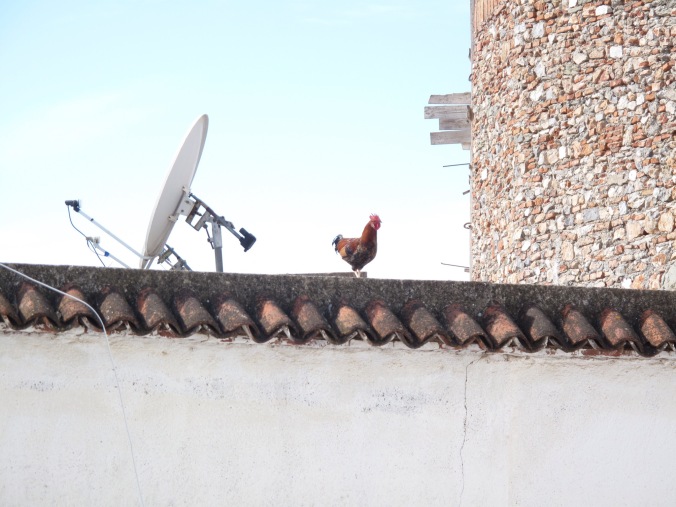 I went down and spoke with the hotel owner for some time, learning more Arabic. I also asked about a cheaper room, and got mine for 60 instead of 100. That was more in my liking!
I went out, as usual without a plan where to walk, and bought bread on the way. After being out for a while, I went back to the room to eat breakfast.
I sent a SMS to Veigar, which I later learned did not arrive. As I didn’t really have anything to do, I slept for a couple of hours.
I went out, again without a plan. When passing the square, I heard someone call my name, and it was Veigar! I joined him at the café and drank some tea. I am in love with the tea here!

We then went to a place as I hadn’t lunch yet, and apparently none of my SMSes had arrived. I tried calling, and it didn’t work either. 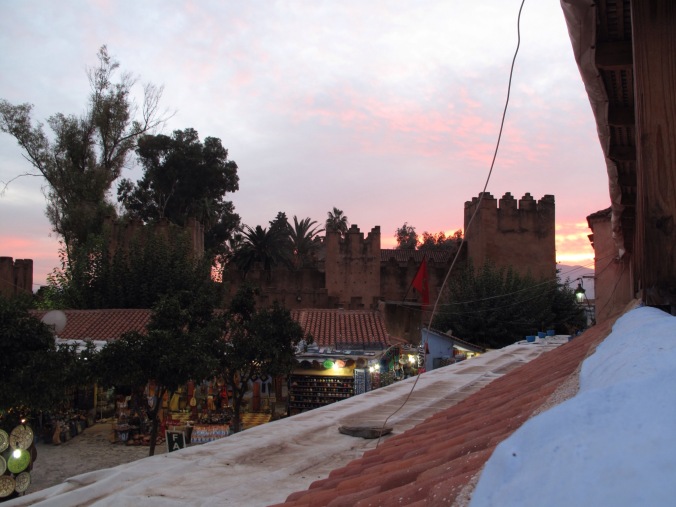 A view from the restaurant!

We tried fixing my phone, but the guy at the shop we asked couldn’t help us. We were going to a mosque a bit up of the mountain, and while waiting at my hotel for Veigar I asked Nordin for help (second hotel owned by a guy named Nordin) and he solved it! Apparently I also have 1 GB of surf, free SMS and calls for a week. Woho!
When Veigar arrived, we started walking up to the mosque. We sat up there and talked for a while, with a nice view over the city. 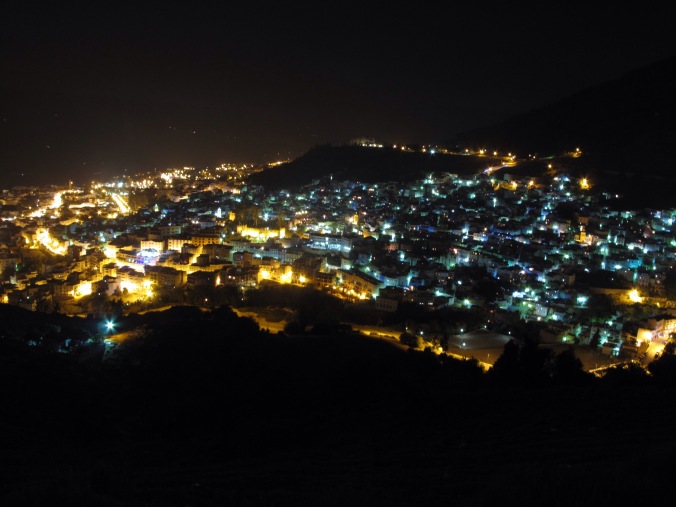 I can see my place from here!

When we went down, we met one of Veigar’s friends, Usama. We talked with him while eating bebouch, snail soup! 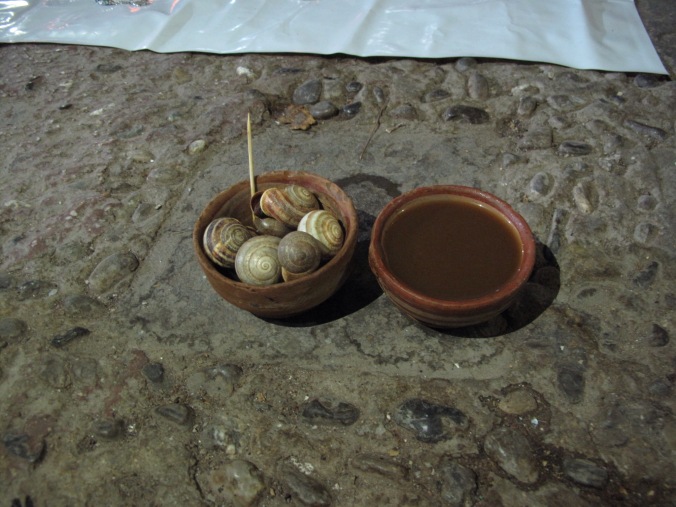 As I was leaving the day after, we went around and bought food. I bough a kilo of nuts (50-50 french burnt peanuts and something I think is hummus also kind of french burnt) and eggs. After leaving it on the hotel, we went to a restaurant to have dinner, bizarra. After that, more tea, and while drinking it a person came up to Veigar and started talking. The person had picked up Veigar at the bottom of the mountain as Veigar was hitch-hiking, and the person was no less than the photographer I met earlier!
After talking some more, we separated ways and I went to the hotel to sleep!