I woke up pretty early so I started packing some before calling to wake Veigar up.
This is what I hear a few times every day!

I went to eat some Bisarra with Veigar. I was way more awake than him!

This is the “main square” where we ate dinner, drank tea/coffee and chatted with Usama! 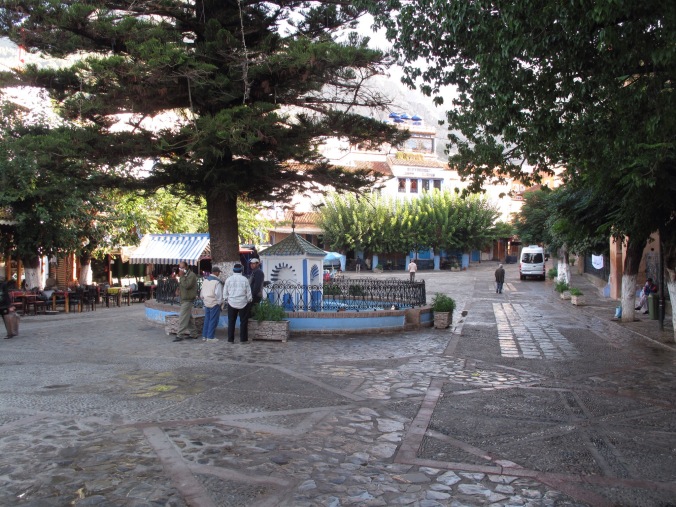 I said a final good bye to Nordin (the second) and to Veigar, which I may meet again here in Morocco.

I started biking by ten, starting with some uphill before going down in high speed. I even passed a total of four cars on the straight stretches.
On the “top” I got another nice view of Chefchaouen, with the mosque up on the right small hill! 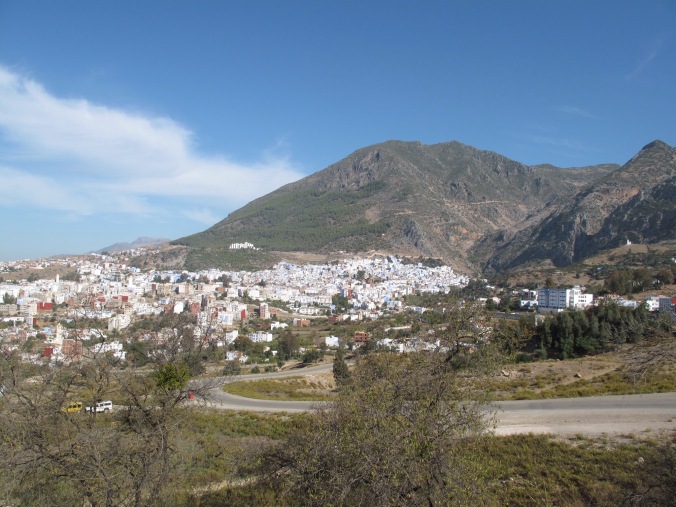 Everything went pretty well during the day until my left pedal started making problems. After around 70 kilometres, which was the minimum distance planned, I found a city with a really local bike shop. There are no Shimano, no Specialized – all is about what you can find. He literally climbed around in the small 9 square meter room until he found a pack of plastic pedals. He changed the pedals, put some sort of grease on the chain and a small cleaning of the bike for 100 dirham. Good enough for me!

I then started looking for a hotel. The first one wanted 100 dirham, and pointed to the medina when I wanted a lower price. I found a hotel for 50 dirham, which was good enough, even if the shower was cold and the toilet was a typical hole in the ground.
I started with cooking some dinner on the room, consisting of two eggs and bread. 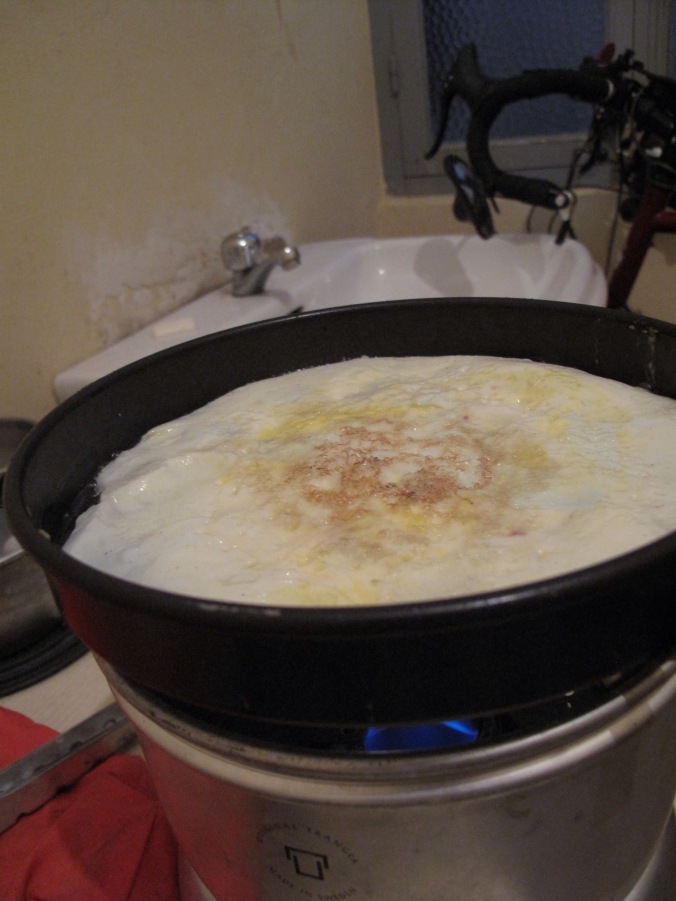 I then took some nice pictures up on the roof of the hotel! 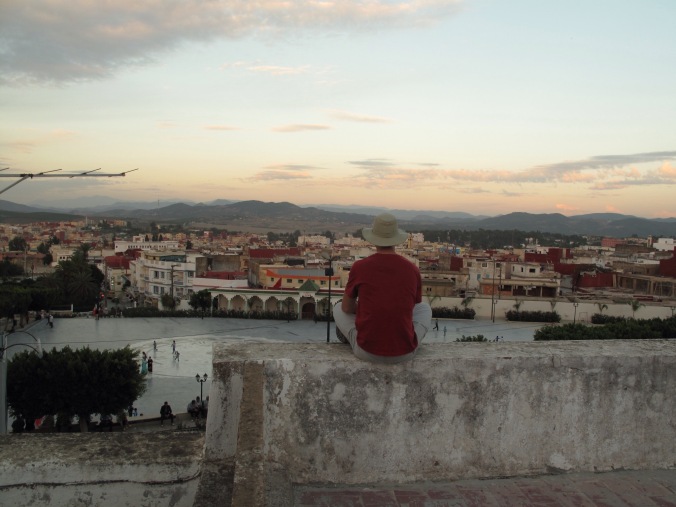 I did my usual walking around-exploring. I found a tea-place, even if he did it wrong and it tasted pretty bitter. I met some nice guys there, though, and with a blend of English, Spanish, French and Arabic we spoke a bit about my trip and so. Apparently there were never European tourists in this city, which I think was really nice. No hassle from people on the street, for example. The guys also treated me some cake they were eating!
After watching some series at the room I went to sleep.