I decided to stay another day, and wanted to find the military museum here. Trip advisor had a map, which apparently didn’t point out the museum, and suddenly I had wandered in a circle and I was back at the hotel.
At the hotel I met two polish people who had arrived this morning. Ashka and Thomas had a small vacation here in Morocco and was going to stay in Fes for two nights before going home.
They decided to join to the museum, and at the way up there we found a cool spot we decided to walk out on. 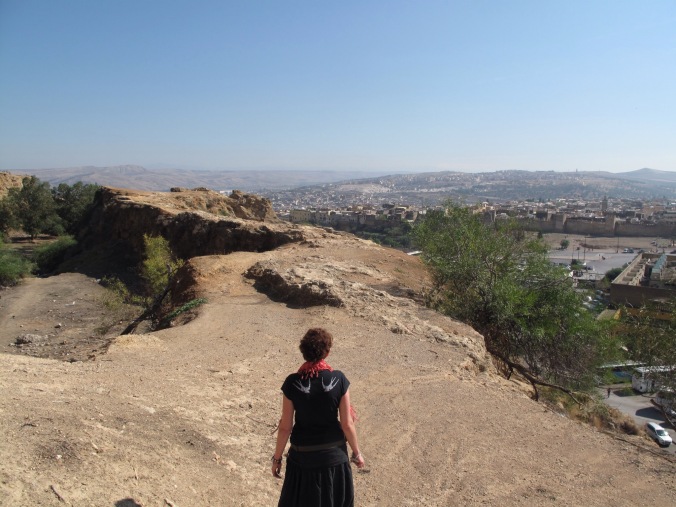 The museum was closed during mid day, so we continued walking, saw a cemetery, saw some leather drying, went back into the Medina to buy food and ended up on the hotel street again. Second time today I have been walking in a circle!

After leaving some stuff at the hotel we had tea (and coffee) time before heading out again. The original plan was to go straight to the museum, but as we passed by the hotel we decided to take a pause. 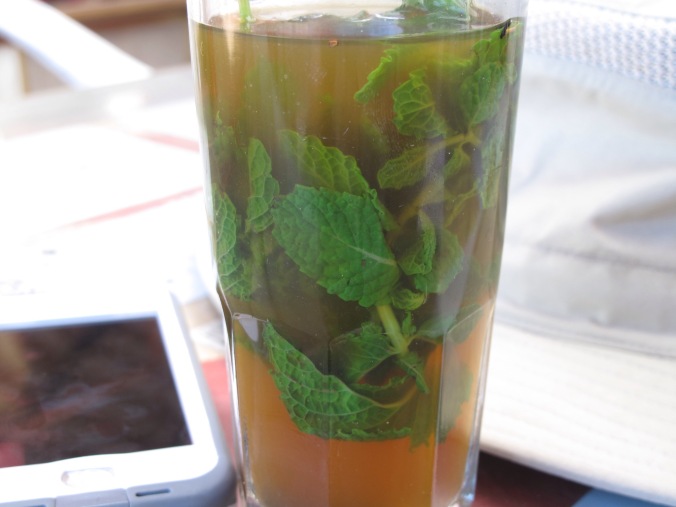 We went out again, and the museum was nice. It was apparently forbidden to take photos in there, but I got one at least.

On the way back, the sun was close to set. The city really looked beautiful from up there!

After more food, I decided to buy a scarf as my next stop is the desert. I found a red one with darker ends which I really liked. Ashka also taught me how to put it on as they do in the desert.
I ended the night with more series and some nougat!