During the night, I went to pee at the toilet on the inside of the oil changing place. I got a shock when something moved and I saw a dog walking out of there, I totally missed her on the way in!
We woke up to what sounded like two dogs fighting outside. After eating a breakfast of cookies and tea, we started again.

View from the gas station

We soon came to a valley we rode through. The entire way made me think of what Nepal, or likewise, would look like.

We also met a caravan of motor homes, there were maybe twenty of them! 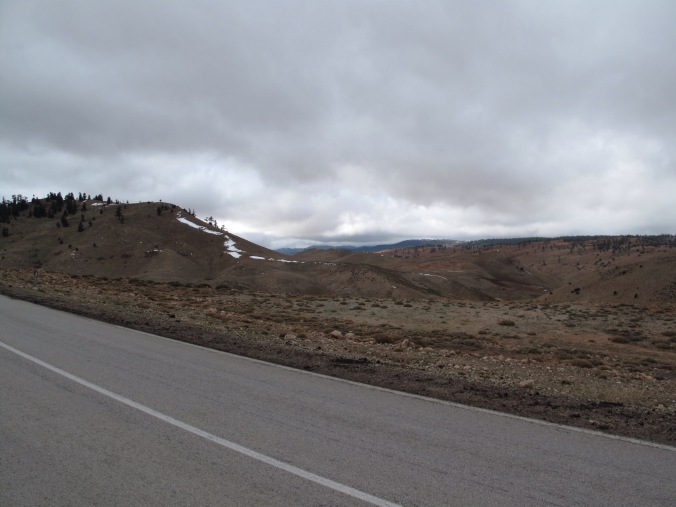 It was pretty cold, so I made a snow angel!

Near the top, some people in a polish car with trailer had waved to us. We soon met them in the downhill, as they were unpacking their bikes. Apparently they were on an organised biking trip. We got a phone number so we could meet in the evening, as we would go to the same place. 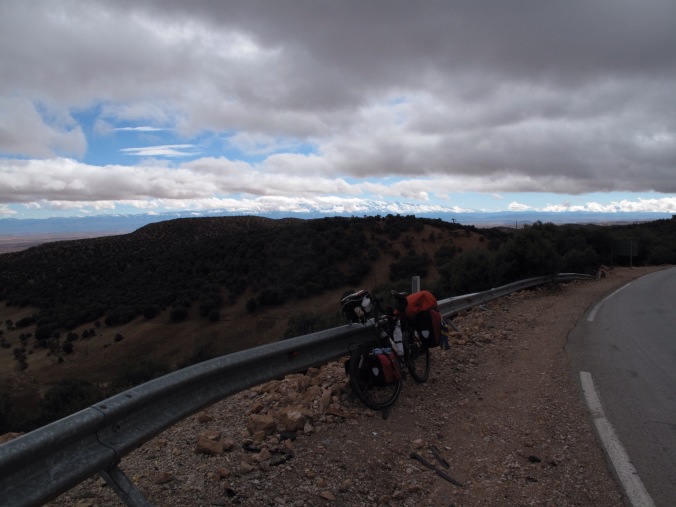 We stopped for lunch in Zaida, and soon ten or so bikers stopped and had lunch with us. They were all different sorts, some who rode all day, and some who got picked up or left off by the van.
Now we only had the last part to Midelt left. The road was pretty flat, and it went even better with the wind on our side. At the last couple of kilometres the bicycle computer hit 45-55 at what seemed to be average! 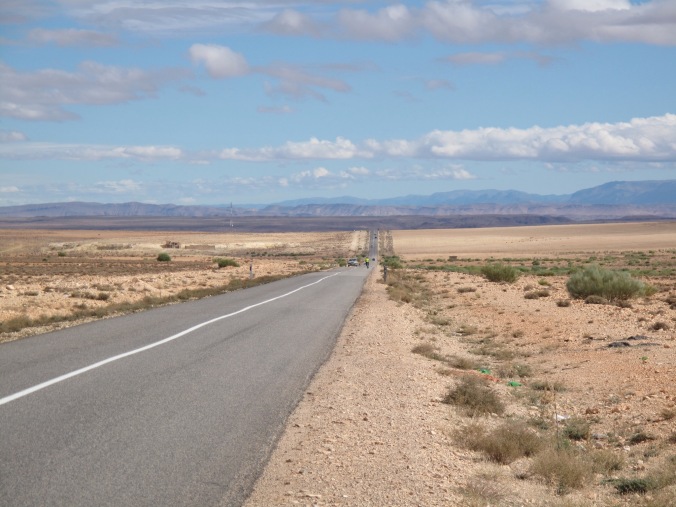 We also got a view of some strange plateaus in the middle of everything, and the high Atlas mountains!

We passed through another small village which had a soccer field.

In Midelt, we first went to hotel Atlas, as it was recommended. At a price of 60, showers costing extra and no wifi, it felt like a bad deal. A guy led us to another hotel, 75 with all this included, and told us to come by his shop to drink tea later. We had just showered and I had started my uploading of pictures when he came back, and we followed him to his shop, and he seemed happy even though we said we were not going to buy anything. Seems like he didn’t believe us though. After showing us stuff “for free” he seemed to get a little pissed about us not buying anything, and wasn’t as friendly anymore.
We went to our friends’ hotel, and had a really nice dinner with them. Also exchanged facebook, so now I can contact them if I go by Poland in the future! 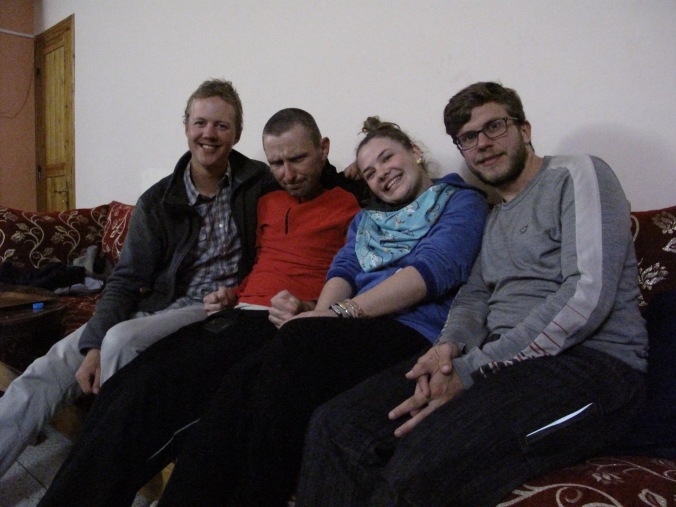 Back to the hotel, and we went to sleep.