We woke, and started with eating.
Then, we took a walk around the village, and he showed us old mosques, their watering system for the farming, and also introduced us to some people, where we ate some bread filled with something and drank tea. 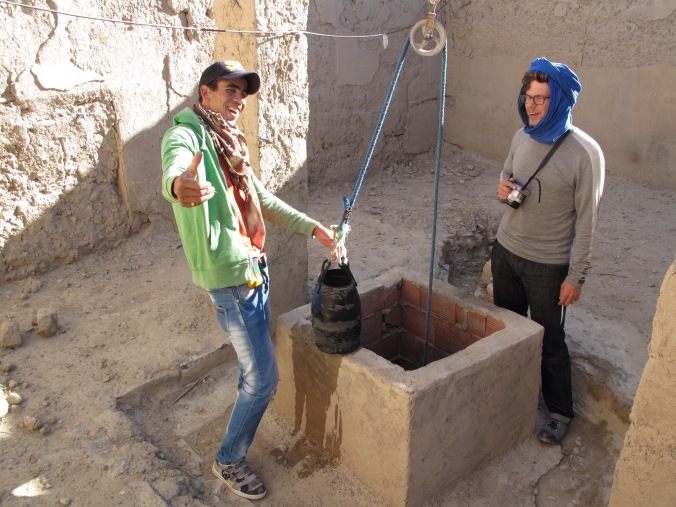 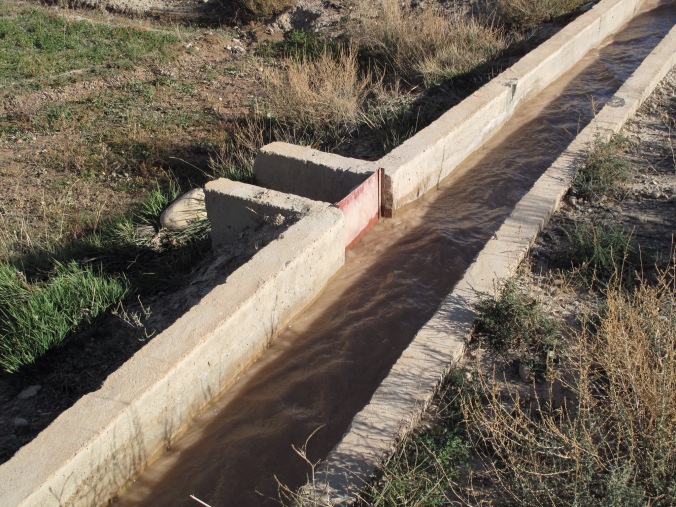 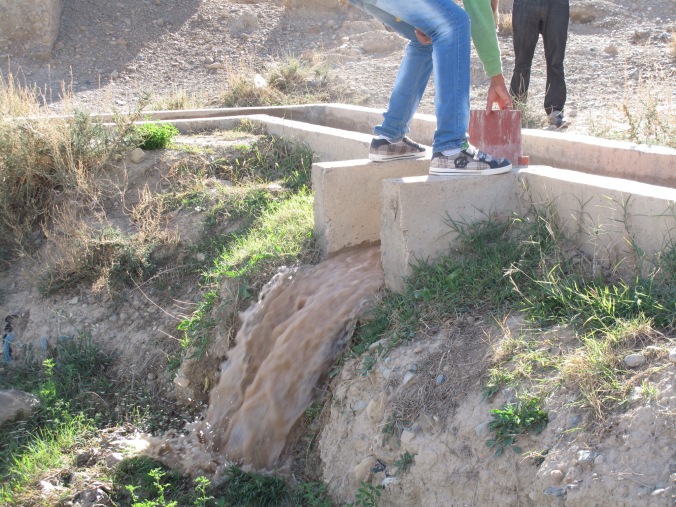 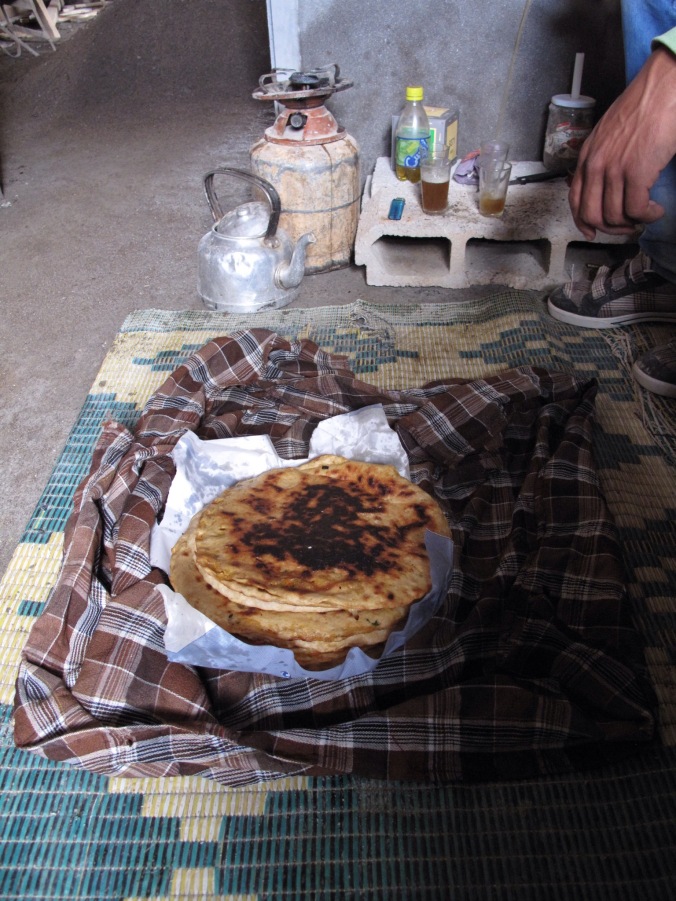 We also took many photos of the surroundings and the locals. The children seemed to have a great time sliding down the hill, and started following us when we walked away! 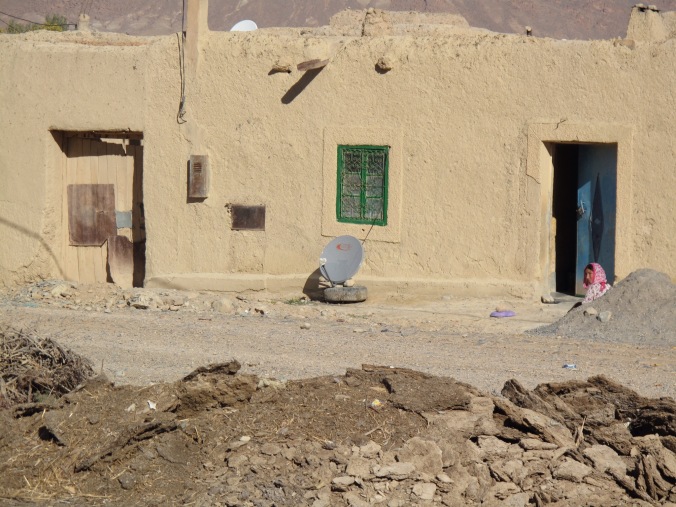 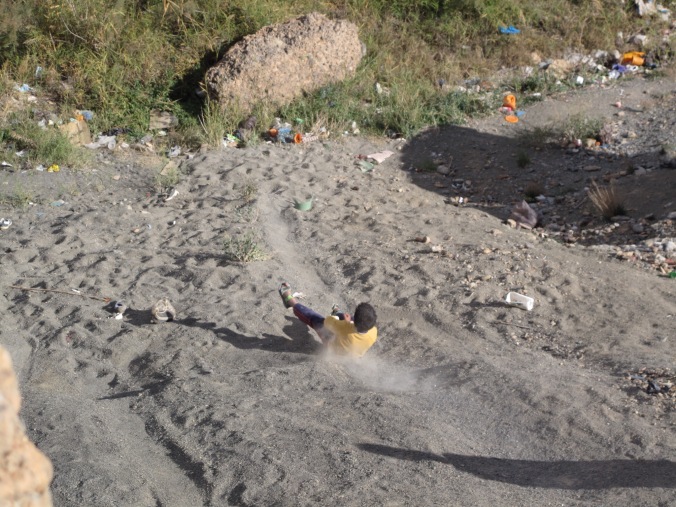 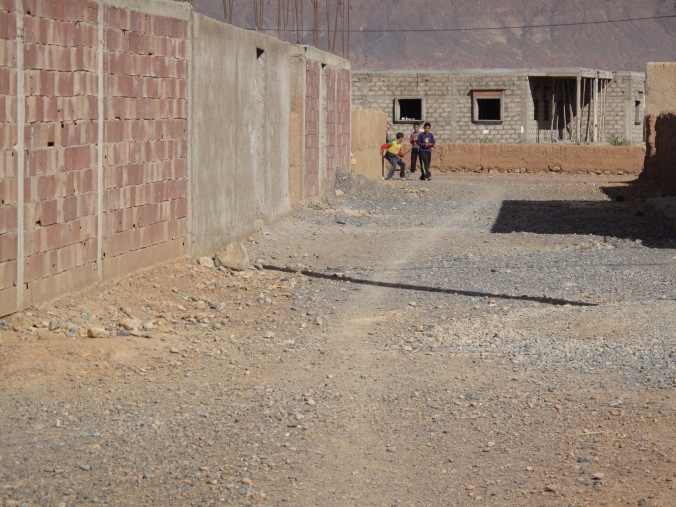 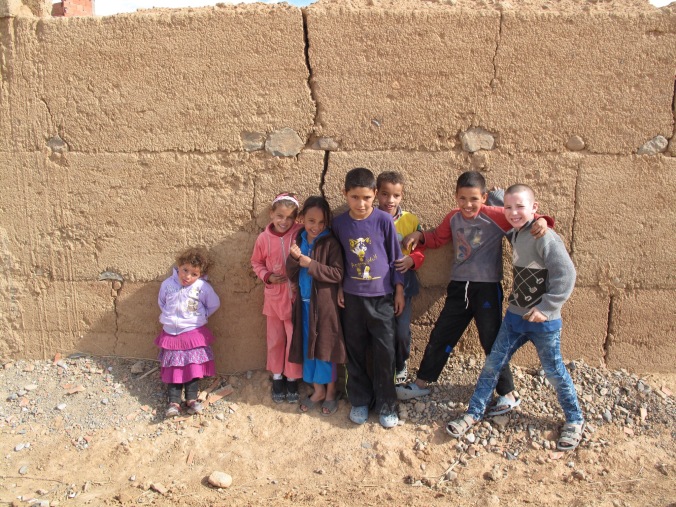 When we came back to the house, it was time to eat more. He really wants us to eat much!
We then went into the “newer” part of the town, where we first went to a cafe to use the wifi, before we headed to a hamam. It was as nice as the last time, with all the warm water, and also a massage. Afterwards, on the way to a cafè, I saw the temperature. Hakim still had three layer of clothes on him! 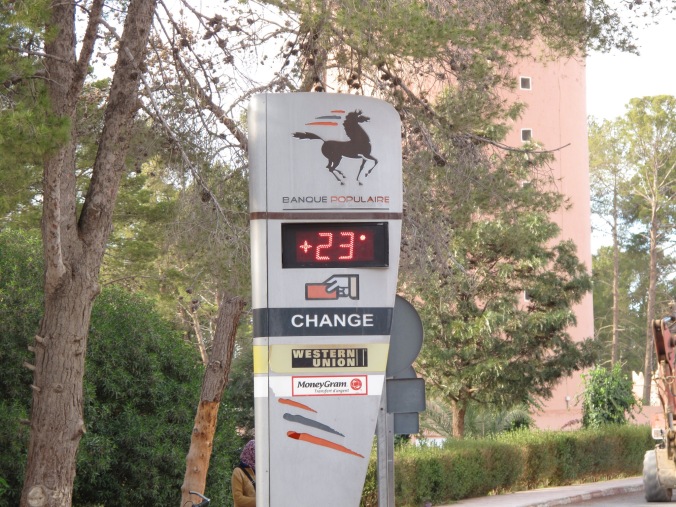 Then, we went to print some photos for the people we had taken photos of during the day.
While walking around, waiting for the photos, we went by a big soccer field.
We also met two nice girls we started talking with. 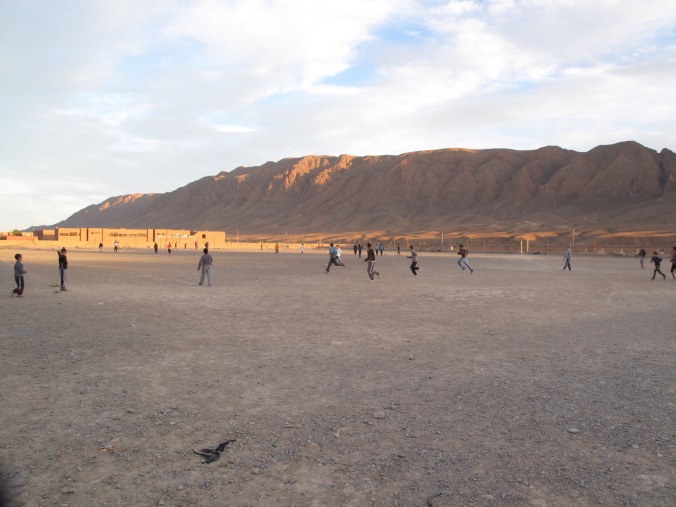 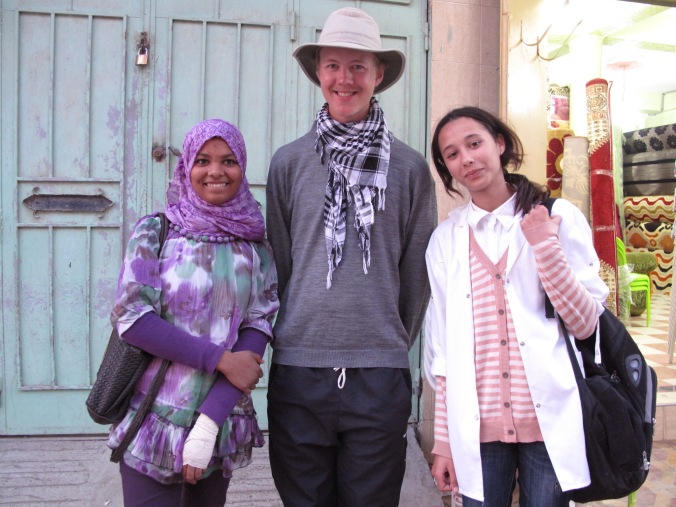 I took my chance to buy some tea and sugar. The smallest package of sugar was 1 kilogram, so now I had sugar enough for the rest of the trip!
After collecting the photos, and ordered new ones for the girls, we went back to the house. On the way there, we stopped by a small shop, and met some guys, one whom we met earlier. We rode back to the house on their mopeds, the craziest ride in a long time, with three people on each one. Scary!
At the house, he wanted to give us some nice gifts, among other, a tea-pot. I had already given the younger brother a pencil, but also gave some small stuff I could spare. The tea pot would be a fun thing during the next part of the tour!
After eating another delicious dinner, we watched a movie before going to bed again! 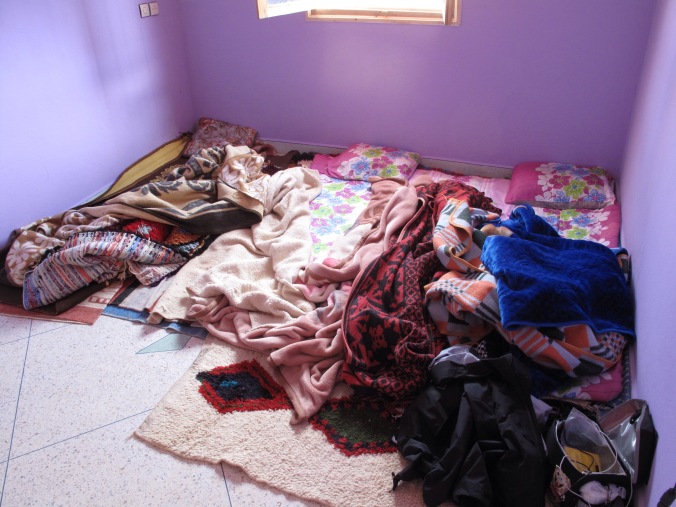