The family actually seemed really emotional when we left, as both the sister and little brother were crying. After eating breakfast, packing our things and taken some last photos, we rode by the city to get it printed for Hakim. He followed us to the main road, and then it was good bye!

On our way, a really persistent young kid wanted to sell camels made out of grass to us. We told him and his friends no (they wanted 20 dirham) but they continued following us. We made a spurt until we found a place to have lunch at. We also got the price down – I am starting to get the hang on this!
The children came to the restaurant a couple of minutes later, and more or less watched us eat. The same kid continued following us again, now wanting 10 for it. We told him we could buy it for one, but he didn’t want to. Andrew made a joke and said the kid could buy his chocolate bar for 10 dirham (it was worth 1 dirham) and the kid agreed – so now we had a camel, and the kid had chocolate.
We continued into the Ziz valley, and finally got away from the bad headwinds. We tried to get somewhere, as we had started 1130, and finally we see some touring bikes, and even at the distance I recognise them – the French I met at hotel Cascade in Fes!

We were all headed in more or less the same direction, so we decided to make a group of us, speaking a salad of languages: English, French, Swedish, Spanish, German and probably something I forgot.
The valley was really beautiful, and reminded me of Grand Canyon, even if the colours were off.

Sam and Alicia were thinking of setting up camp near a lake so they could have the possibility to swim, but the only village nearby was a military village, so we were neither allowed to refill water there, nor could we buy food. We continued to Errachidia, where we bought food for dinner and breakfast.
We headed outside, as they were usually wild camping, something I had not done since I came to Morocco. We found a place with some trees, looking like an oasis without water, and arrived in time to watch the sunset. 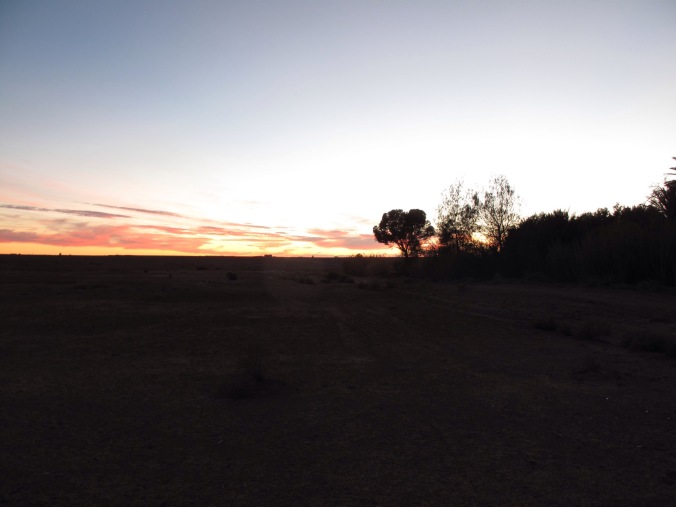 We got permission to set up camp there, and so we did. Sam and Alicia had bought enough vegetables for all four of us, so I double cooked pasta in my Trangia (took some time to cook food for 4 people in a one man kitchen) and they cooked the sauce thing. At least it was delicious! 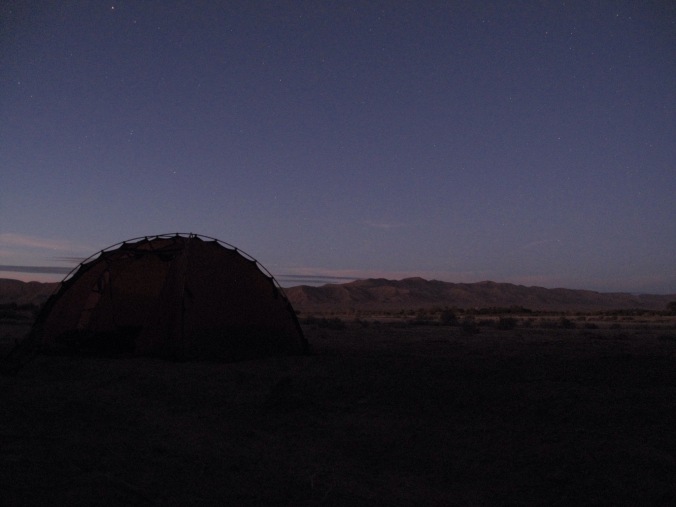