I woke up with a little rumbling in my stomach, and had to go out pretty fast. Apparently it was not only me; more than half the camp were bad. Our thoughts were of the lunch yesterday. As we got served really fast, it may have been pretty bad grilled.

We are pretty used to people coming by and saying hello, even though we don’t understand each other at all. Today, there were a guy on a motorbike driving over the steppe. He even gave me a ride around, which just made me want to take my own motorbike somewhere even more. 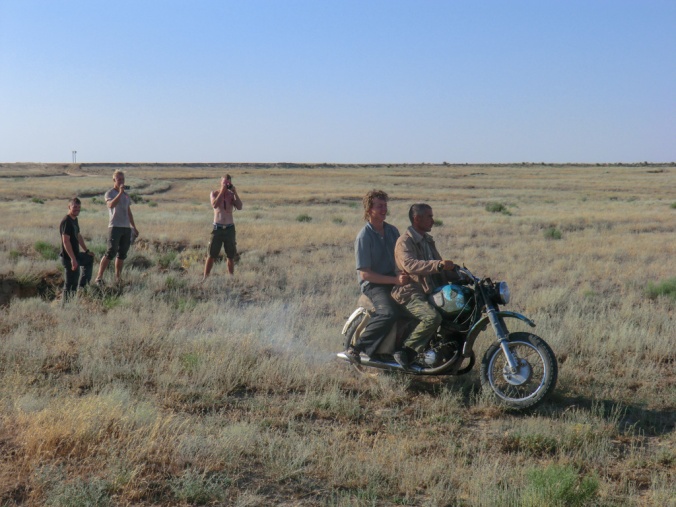 We finally arrived at the Aral lake, or what is left of it at least. We had dinner at a small peak with something that looked like a memorial, where you could also spot what looked like old ships. There would be too much of a reroute to visit them, though.

The rest of the day, I just tried to sleep, with the stomach making me well aware of it.

I woke up when we arrived at the stay for the night, at the bottom of a small hill. We went up to take a look, but you could not really see anything. I felt pretty exhausted by that small trip, though. Daniel made a small art piece while on the top. 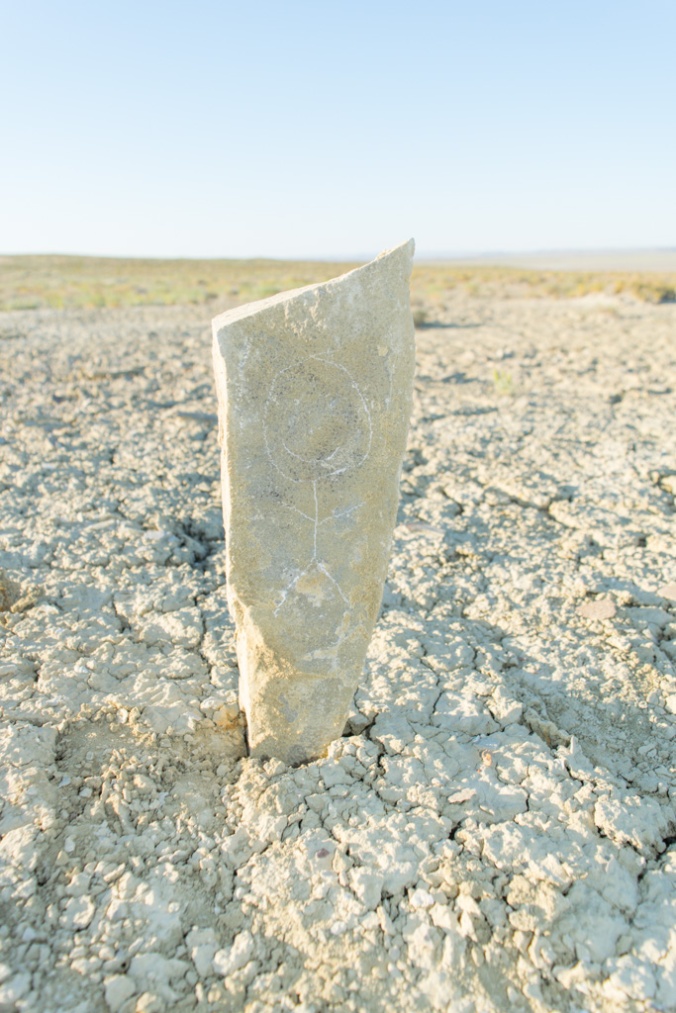 We ended the evening with discussing the worst/most stupidly things we had done in our lives. It was a great evening, even if I didn’t feel really well.