During the morning we passed really close to the Arak lake. We walked to the salty water, and I have to admit that before yesterday I thought it would be much smaller.

Close to lunch, we passed some sand dunes, and took the chance to drive through them instead of around. It was some fun off road driving, and we stopped for lunch in the middle.

After passing a small town we found a hot spring, which we did not know about! Apparently, the hot water would heal you if you swam 30 minutes in it, or something like that, but you were not supposed to drink it. We met lots of people there, and one of them could speak English. If I recall correctly she were there with her class from school, 11th form. Everyone wanted us to be on photos with them, so I got to take many pictures! 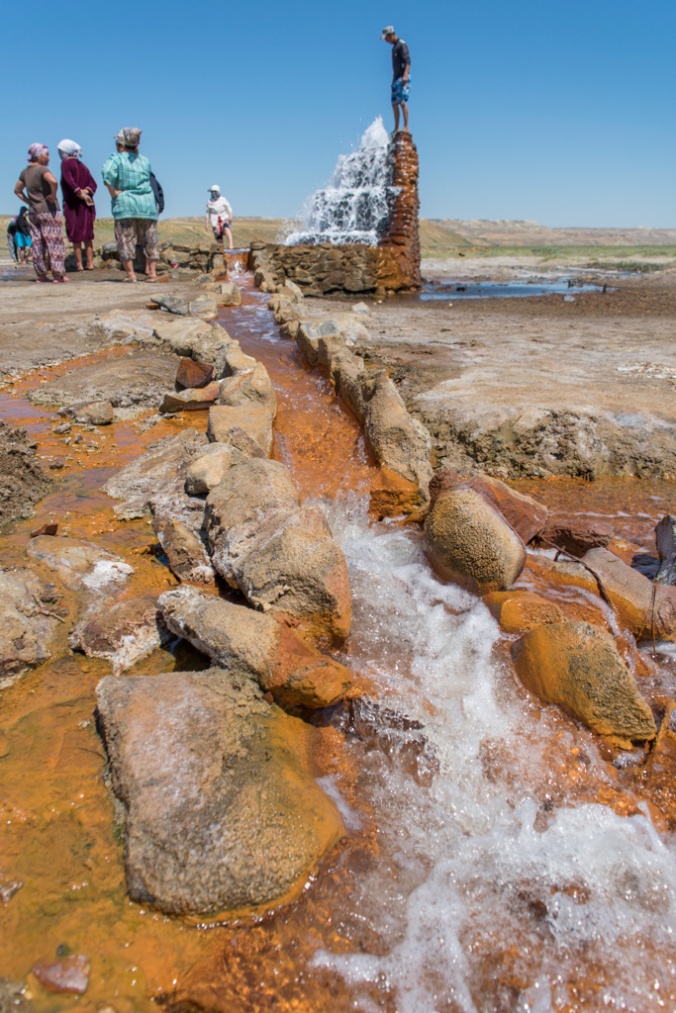 Later, we were closing in on one of the consequences of the rapidly shrinking Aral lake, the ships left stranded when the lake disappeared. On our way out there a motorbike chased us, to tell us to follow them and swim somewhere, we think. They left soon, though.

We got ourselves really cool photos of the ship, and also the camels underneath it!

In the evening I tried myself against Hampus in some wrestling, but of course, I lost. It was fun, at least!