It’s time for a new trip, and it will be awesome!

Astrid and I have planned a trip across New Zealand. We will bring our own bicycles, fly to Auckland , hopefully get to Cape Reinga and bike as far south as possible. The photo opportunities, the sceneries and the camping spots will be awesome, and I’m looking forward to some marvellous skydives! 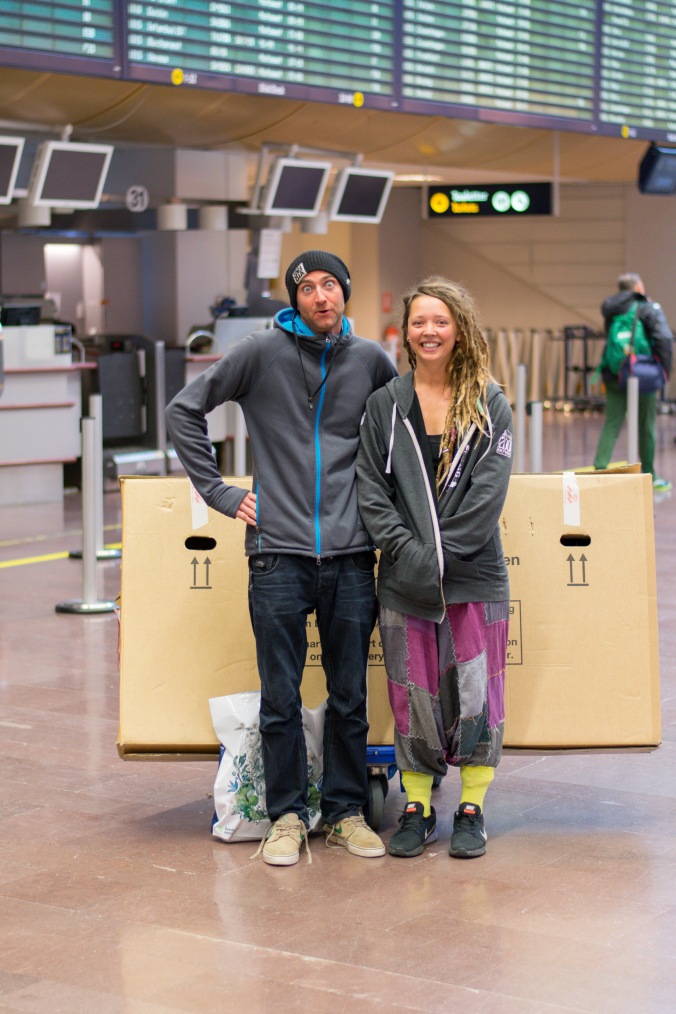 Thanks to Tobbe and Emily, we had an easy trip to Arlanda.We were there four and a half hour before the flight would leave, as we had special baggage to check in all that. After some walking back and forth (check-in on one place, get papers for the baggage on another, pay at a third, back to the second and then letting the baggage in at a fourth place) we were finished, with about two hours before the flight would leave.

Somehow the airline had fucked up our food ordering, and there were no veggie food for us on the plane. We managed to get something, at least, consisting of mainly bread, and a little bit of fruit. We watched movies, and managed to sleep for a few hours, before arriving in Beijing, China. There would be a long 14-hour wait until the next plane would leave for New Zealand, and we decided to leave the airport to do some sightseeing! It was fairly easy to get a 24-hour visa, and after exiting, a guy came up to us while we were waiting to withdraw cash. Because of the tiredness, and just having landed, we followed him. It may have been a bit expensive, but he made everything really easy, including a taxi ride consisting of sleeping for one and a half hours. 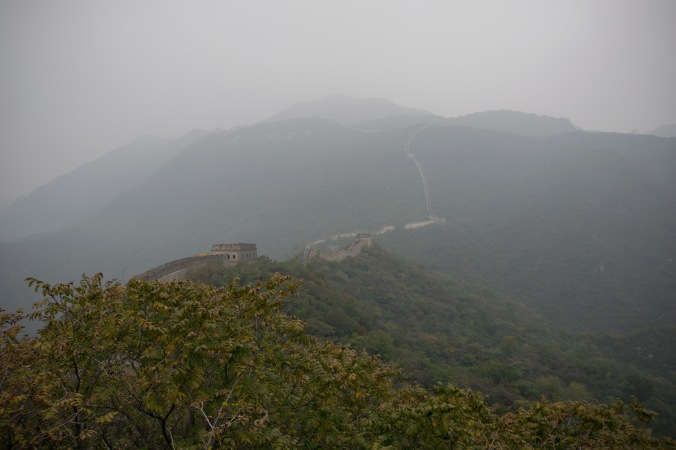 We took the cable cars up to the wall, and walked for a bit, until we felt really tired. I have never been astounded by monuments and such, and neither this time. Now we’ve been there at least, and managed to kill some time!

Back at the airport at around five, with seven hours until boarding, we took a two hour nap, went to a restaurant, made some shopping of decorations for the handlebar bags and a some fresh fruit and talked with some personell to assure ourselves that we would maybe get the right kind of food this time.

In 14 hours we should be on our bikes, on our way to the first planned visit!