It was easier to bike, probably because it was a lot flatter. After maybe 30 kilometres we met a girl who was going to spend half a year in NZ, biking around and experiencing stuff. She told us about a road that was supposed to pretty nice to bike on, kind off flat and all, along Highway 10, instead of Highway 1, where she came from. There had been lots of traffic, and for about 15 kilometres it was not fun at all. We took her advice, as it would only add 9 kilometres over three days, and took a left turn in Awanui after shopping for dinner and breakfast!

Thanks to the turn, we had tail wind, which brought us forward pretty fast. As there were no cous-cous in the store in Awanui, we stopped in Mangonui, bought cous-cous and ate most of the preserved fruit we had bought in China. There were a free camping just three kilometres after the store, but that would set us back around 8 kilometres. Because of that we continued until getting too tired, with another hill in front of us. As wild camping so far had been hard due to all the fences and hills, we knocked on a church where no one opened. There were a house on the opposite side of the road where a man named Wayne let us camp in his garden and use his bathroom. Forgot to take pictures, but the view was amazing, especially with the morning mist in the valley! 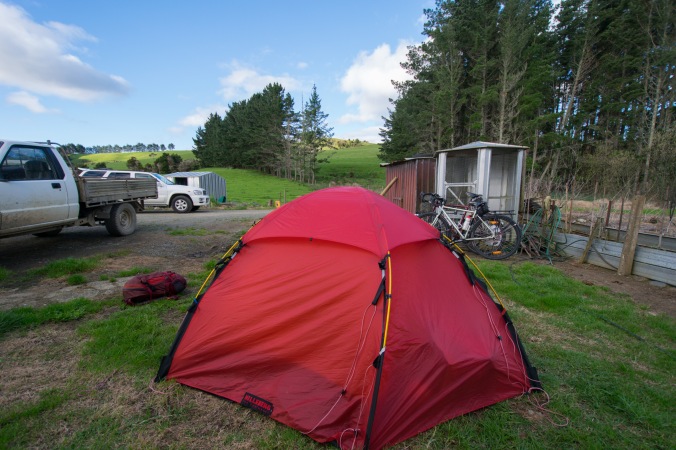 The next day, we mostly biked to get to Paihia, close to Waitangi, where the treaty between the British and Maori had been signed in 1840. We thought it would work out to go up there for a visit after the biking, but as the camping was on the way, we checked in and asked about it. At least two or three hours would’ve been needed to actually get something from the visit.

As we wanted to get down to Whangarei, and Jim, by Tuesday evening, we knew we didn’t have time for both. Therefore, we planned to go to the Treaty Grounds the next day for a visit, and then take the bus down to Whangarei.

Campsite for the night

It was pretty early, and there were a BBQ on site, so we decided to try and make ourselves a really nice dinner. After some wandering in the store we had sweet corn, tomatoes, mushrooms, rootbeat, nachos with avocado spread and salsa, olives, pineapple, hummus, a baguette and some wine!

No before pictures, but something in the middle! The next morning we arrived at the Treaty Grounds at 09.20. There would be a guided tour at 10.00, so we first went to the newly opened museum. 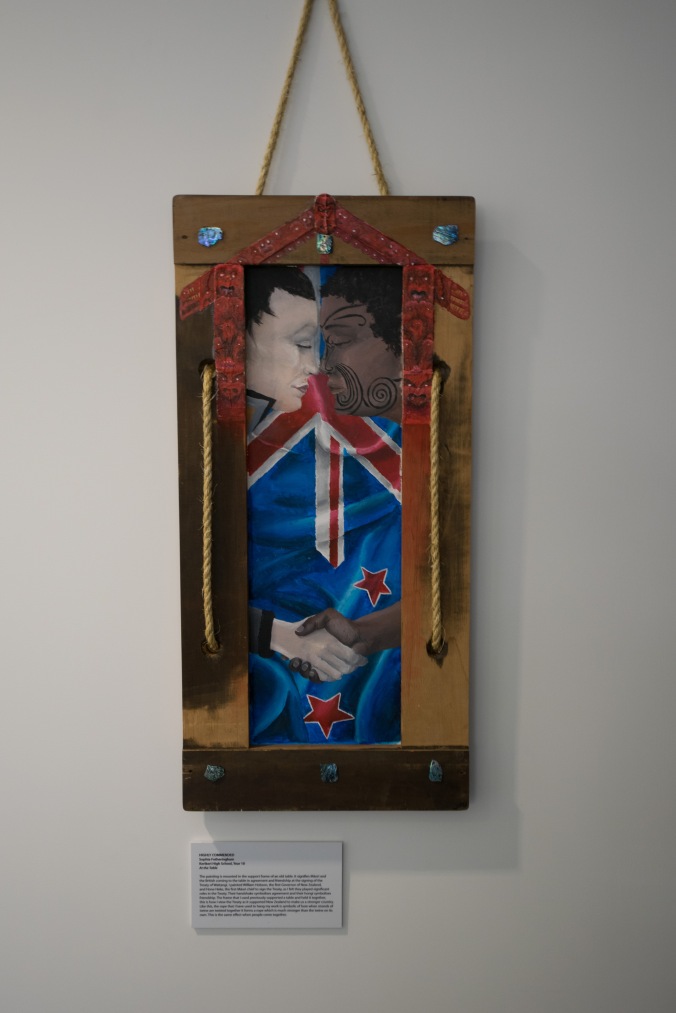 The tour guide spoke about the Maori history, and mainly the treaty, but also discussed about it, to show the problem. The treaty itself had been signed in one Maori version, and one English version, which differed in its meaning. 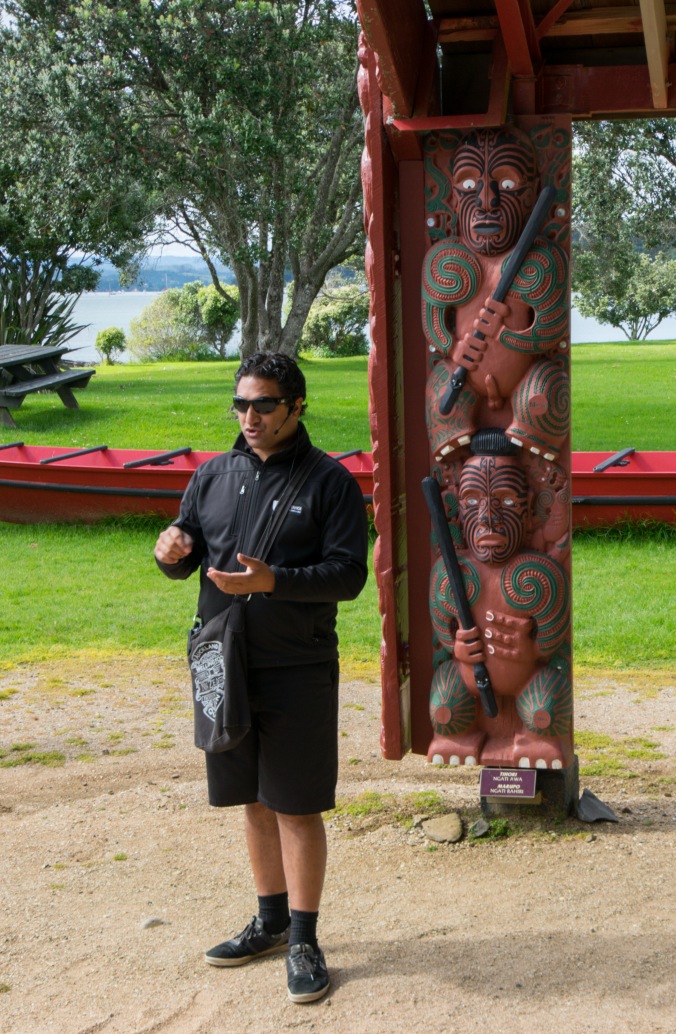 He also showed us the big war canoes. This particular one could hold a total of 120 people! 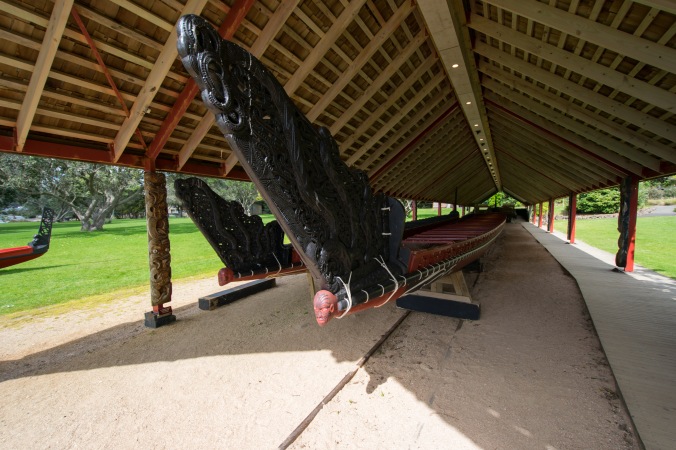 The history about the reputation of Russell, earlier also called the Hell Hole of the Pacific, which also was one of the events leading to the treaty, was another thing we got to learn about, with the city in the background.

After the tour it was time for a performance of the traditional Maori dances, beginning with a welcoming ceremony. 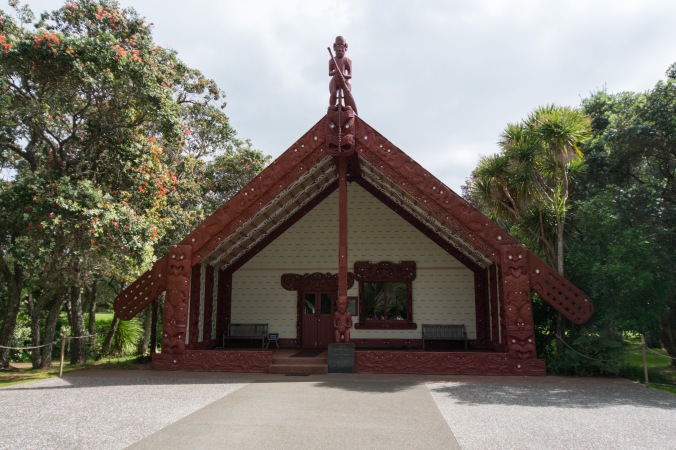 They were really skilled in what they did, and the whole performance was a really awesome experience! 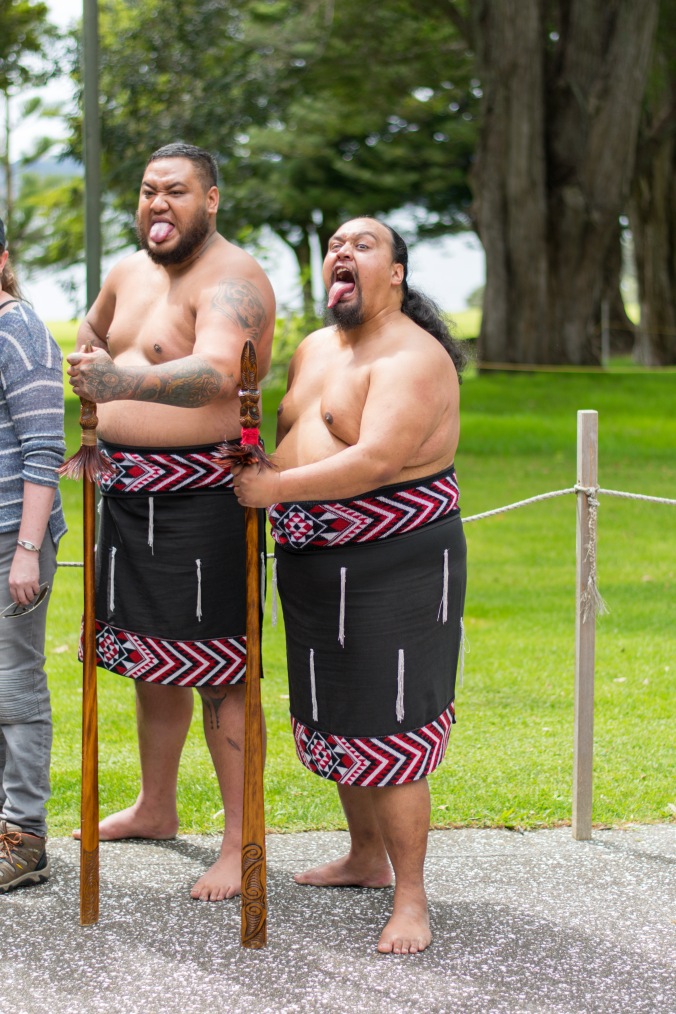 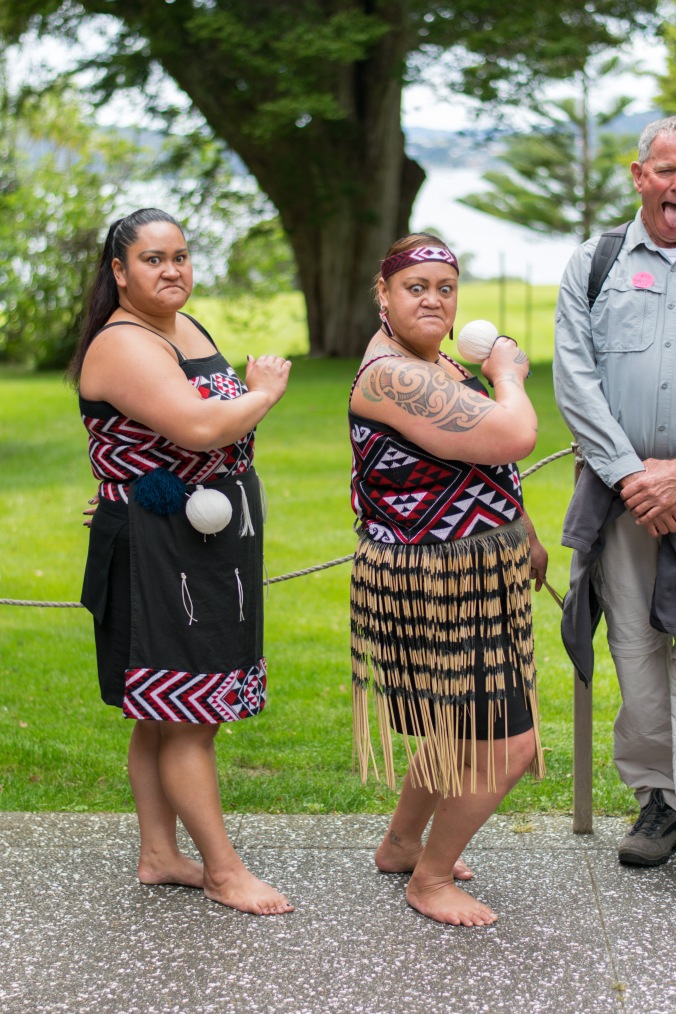 After a small history movie in one of the oldest houses of NZ, it was time to get our things at the camping and prepare for the bus ride.

A short journey later, and we arrived in Whangarei again. As we were in a city, we tried to get me a new bell (which was too small for my handlebar) and see if someone could repair my speaker (which is turning the sound itself off every now and then, but maintains connection). None of those were a success, and we biked to Jim’s place. First, we wen’t to his neighbour (same looking car) before getting to the right place! It was an awesome evening, making “real food” for dinner (chick peas and sweet potatoes with curry, coconut milk, sweet corn and onion) and some wine, and a real nice chat with Jim again! This time we also got to finally meet his wife, Karin!