This day’s adventure would be visiting the Weta Caves! As Julie worked close to the port where we would leave with the ferry later, the first step was to leave our bags at her place.

We then biked our way to the eastern, more industrial, part of Wellington. At the Weta Cave we went on a tour where they showed us what they are working with – more specifically the props for different movies, such as District 9, Narnia, and mainly, Lord of the Rings! It was a really cool tour, and afterwards we got to hold Sting and Gandalf’s staff! 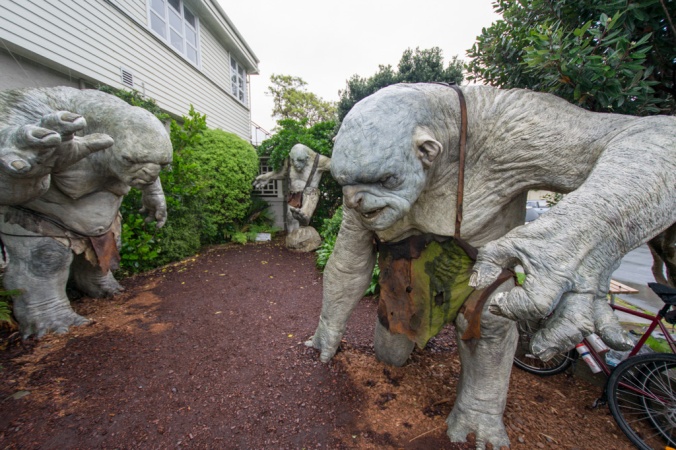 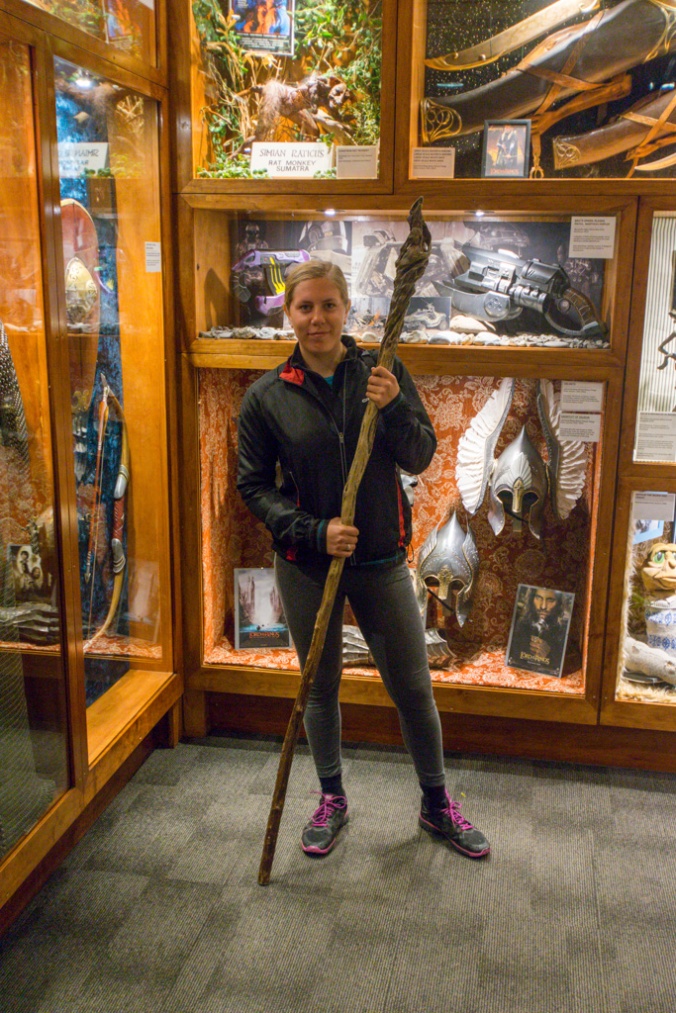 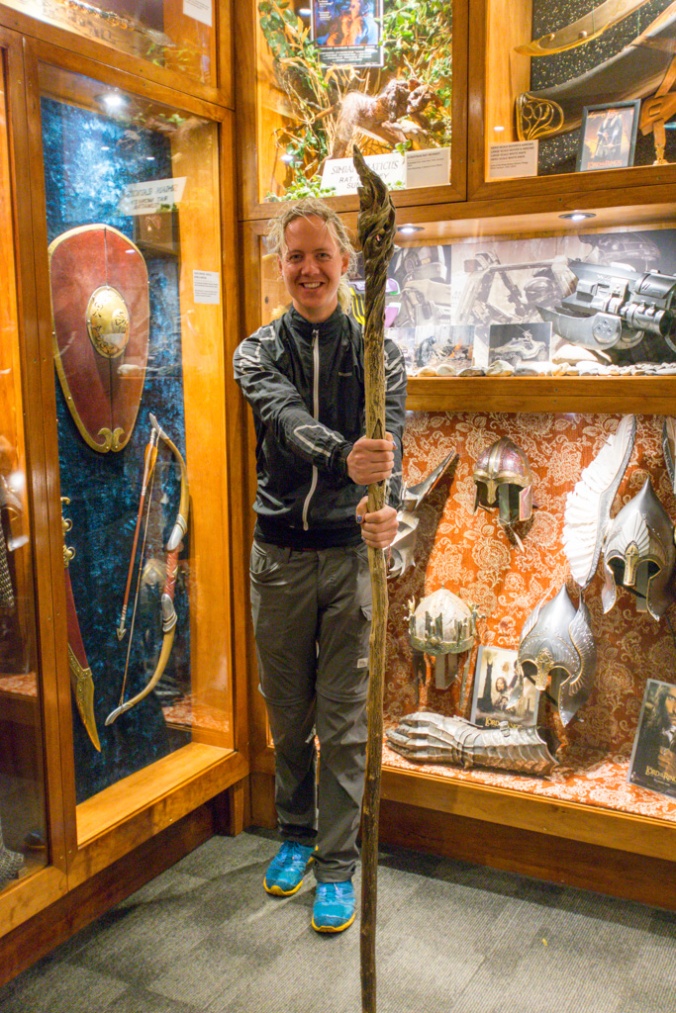 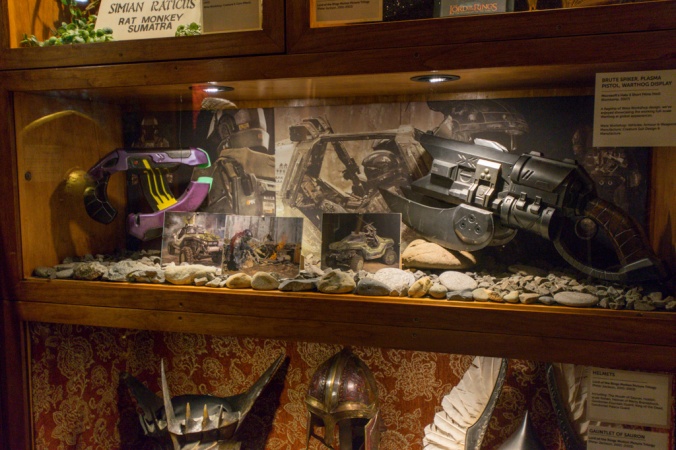 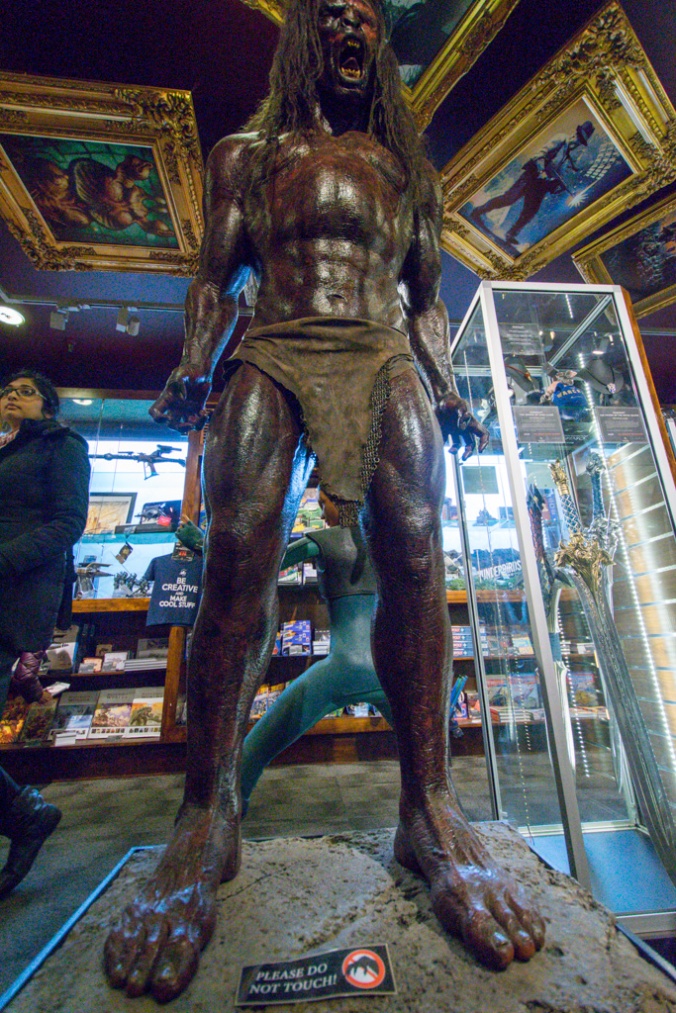 After biking back to Julie’s work, we said our goodbyes. The ferry terminal was just a couple of hundred metres away, and we checked in fast and easy. As we hadn’t eaten any lunch and didn’t really have time, I ran to a McDonalds to get us some french fries.

On the ferry we met a bunch of people who were traveling as well. One of the guys were from New Zealand, but lived in the same town as the others in Austria. He had a Swedish girlfriend, and could speak fairly well! The company made the trip go pretty fast. 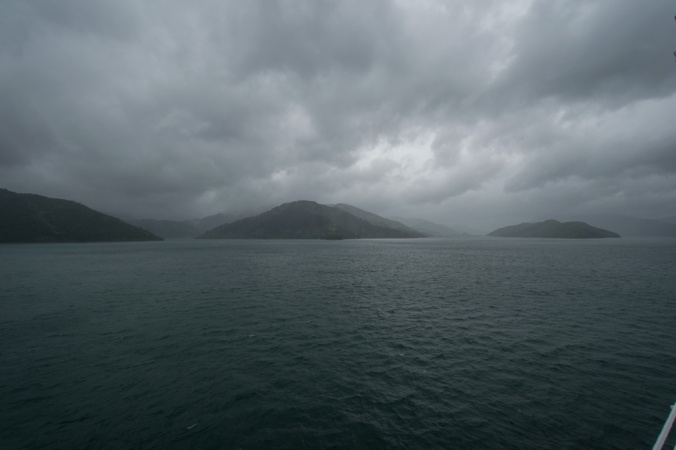 It had been raining the whole day, and it still was. Our first priority getting off was getting food, and then start our 15 km trip to get to a camp sight. It was one of those where you pay in a box, but we didn’t have change. After asking around a guy in a camper van gave us two tens, plus six dollars. Thanks a lot!

The camping was really small, and we started talking with one of the other people there. As he lived in his car we invited him to cook in our tent. The plan was to take the inner tent down to cook inside, as it would otherwise be too much water in the food. When we left Wellington we still had ingredients for curry-chickpeas-sweet potato soup, and didn’t want to make it out in the rain. All went well, and the warm dinner was great in the rain!

As our plan was to ride the Maungatapu Track, we wanted to camp as close as possible. Therefore, this day would be easy, and we slept for as long as we wanted. During breakfast this little bird, the Weka, came really close and tried to snatch things from us in its search of food. There were also a couple of small children! 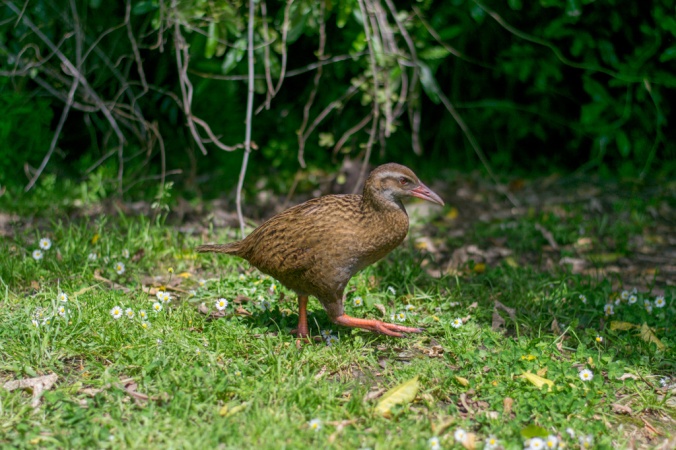 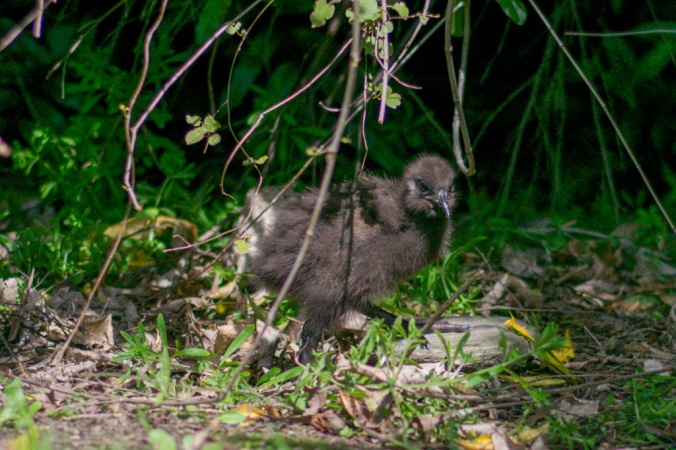 Just before our first stop for the day we had a really nice view. 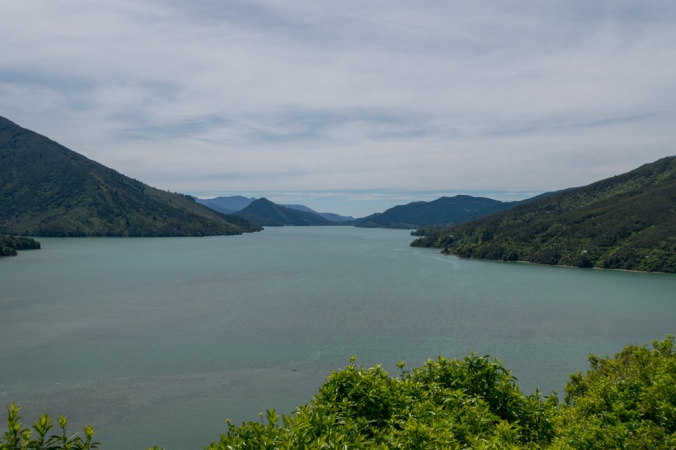 After biking half the distance, 20 kilometres, we took a break in a small village named Havelock. To get more information about the area we visited the information centre to get maps over the south island and ask about the village, as there were supposed to be museums in this city. As we had time, we spent an hour in there, reading about the gold rush and other things. 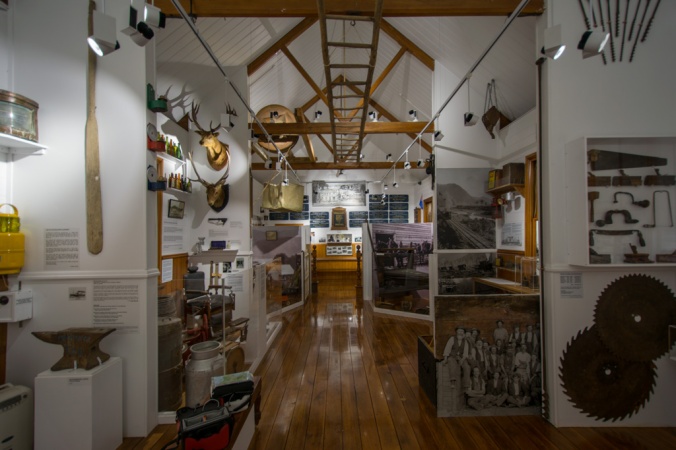 We cooked lunch, and then went to a cafe to get ourselves something to drink and wifi to check how many kilometres we had to bike on the south island. From Nelson it would be around 1400 kilometres, which should be doable without stressing.

The camping were just 19 kilometres away, and we bought sand fly repellent when we arrived. There were a few things to do around this camping as well. There were a hollow tree with about ten Wetas in there! Fun to actually see what Wetas looked like after the Weta Cave in Wellington.

When they produced The Hobbit they had recorded the barrel scene really close to this camping. Of course we had to check! 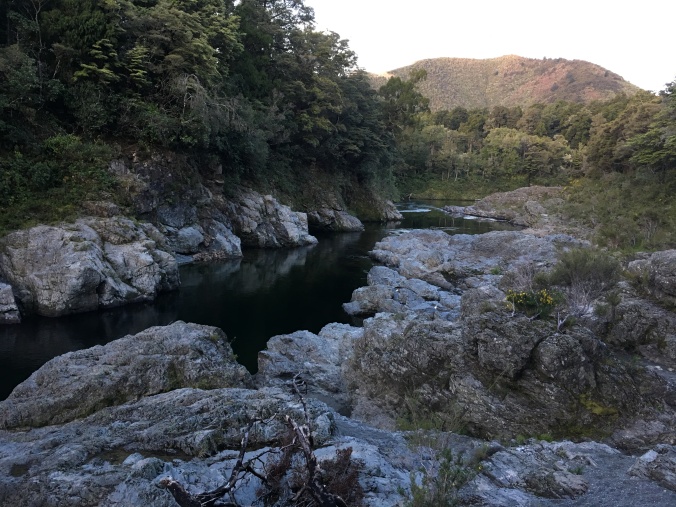 The last thing we visited was a small waterfall, where there were hundred of glow worms! Sadly I didn’t bring my camera, which was really stupid in hindsight… hopefully I get another chance later on! 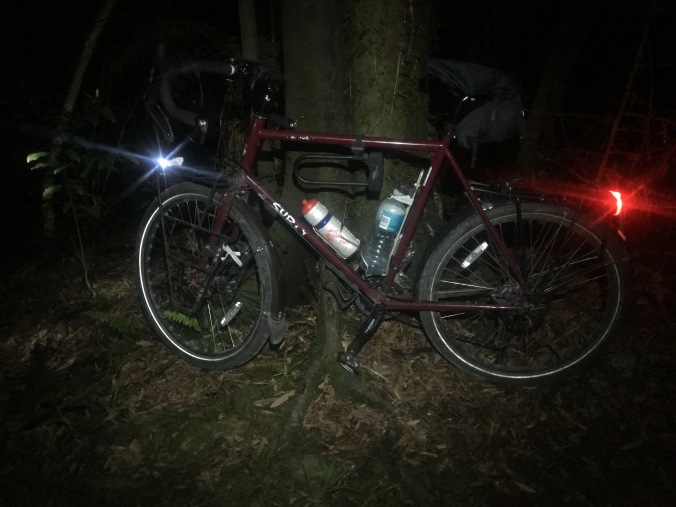