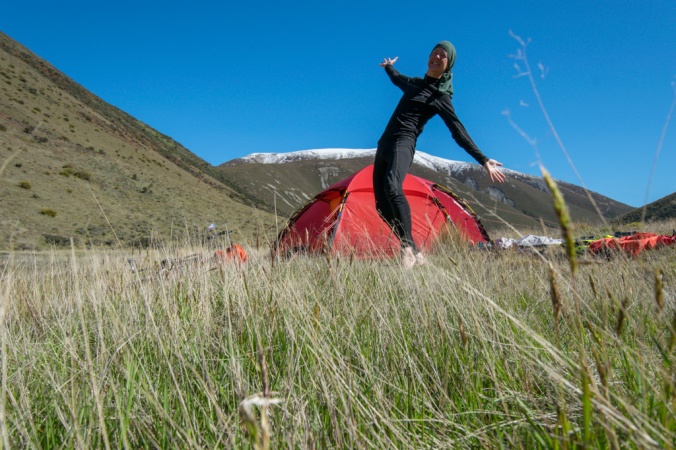 In that moment I was so happy. I just put everything outside, and most things were dry before I had the time to eat breakfast! Which took a rather long time… 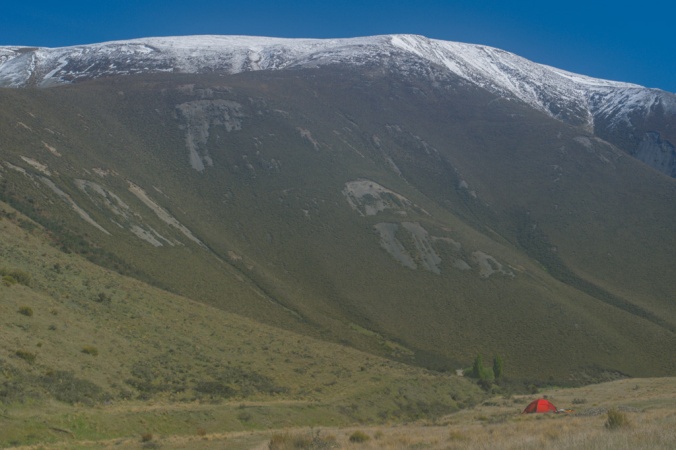 When I pitched my tent, everything was rather shitty, even the views. Upon waking up, I realised everything was rather beautiful in the brighter weather. Actually the most beautiful place on New Zealand I had visited so far. If it wasn’t because of the head wind, I would have biked through it, and most of the places I would stay at the next coming 15 kilometres. 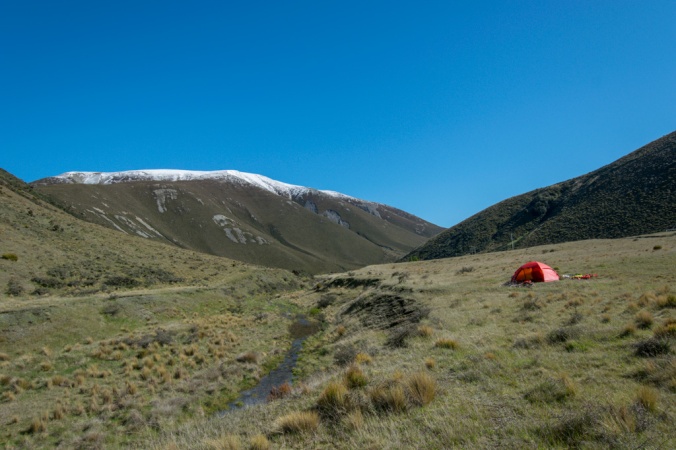 I refilled my water bottles from the small stream, and started biking in shorts, with a nice tailwind. The whole day, 82 kilometres, would consist of slightly downhill, apart from 6.5 kilometres. Everything was just plain awesome.

The views made me stop so often, so the first 15 kilometers took about two-three hours. I have a lot of editing to do, and I probably weren’t able to capture the real beauty. You get the point, though, and can hopefully imagine the rest!

Another perfect thing about my location was the lack of vehicles. Almost no one would like to drive on this road, when there were another one, as this one was pretty steep on it’s places, and only gravel. I loved it. 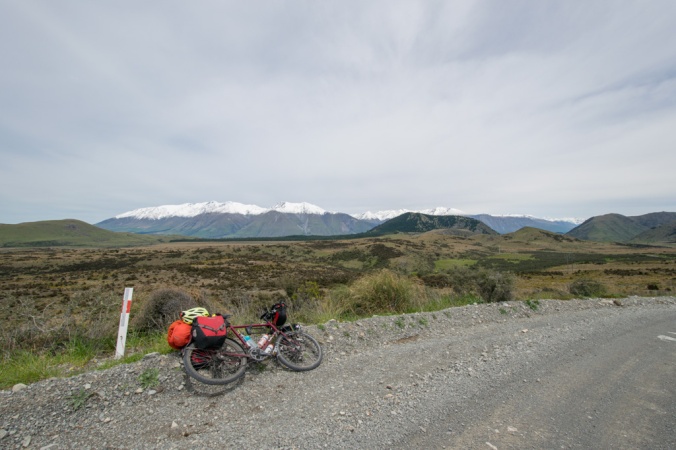 Suddenly, the gravel road turned into asphalt. I would still go on another gravel road, as it would again be less kilometres and less cars, but it was nice for now. I almost hurt myself, though; while rolling down hill, I heard a strange noise close to my rear wheel. I looked at it, looked up, and saw that I was on my way to the shoulder. I went off, and went through the grassy side in about 40 kilometres per hour, and I stood up to use my legs as shockers, and held the handlebar as hard as possibly, yet firmly, to not let the bike or front wheel make any jump or fall over. Everything went well, but the insight right after was pretty ugly. The scenery was still nice, though! 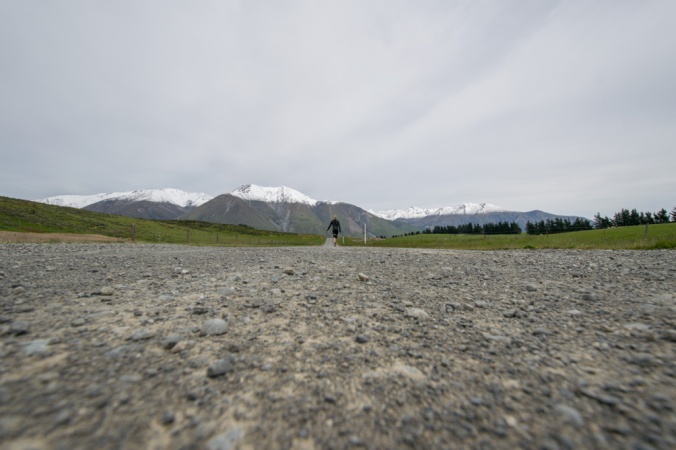 After biking behind a few sheep who had gotten out from their pasture, and riding down the Zig Zag Road, I had lunch (raisins, almonds and crackers to save time, as the photography had taken so long) close to a river. I was out on normal roads again, and it would be asphalt the rest of the way. 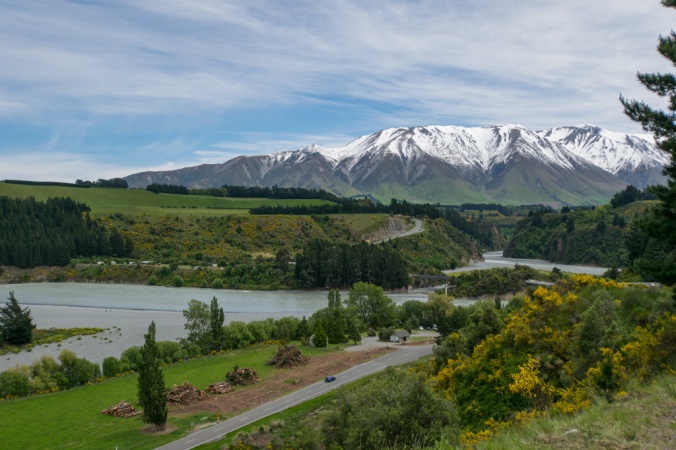 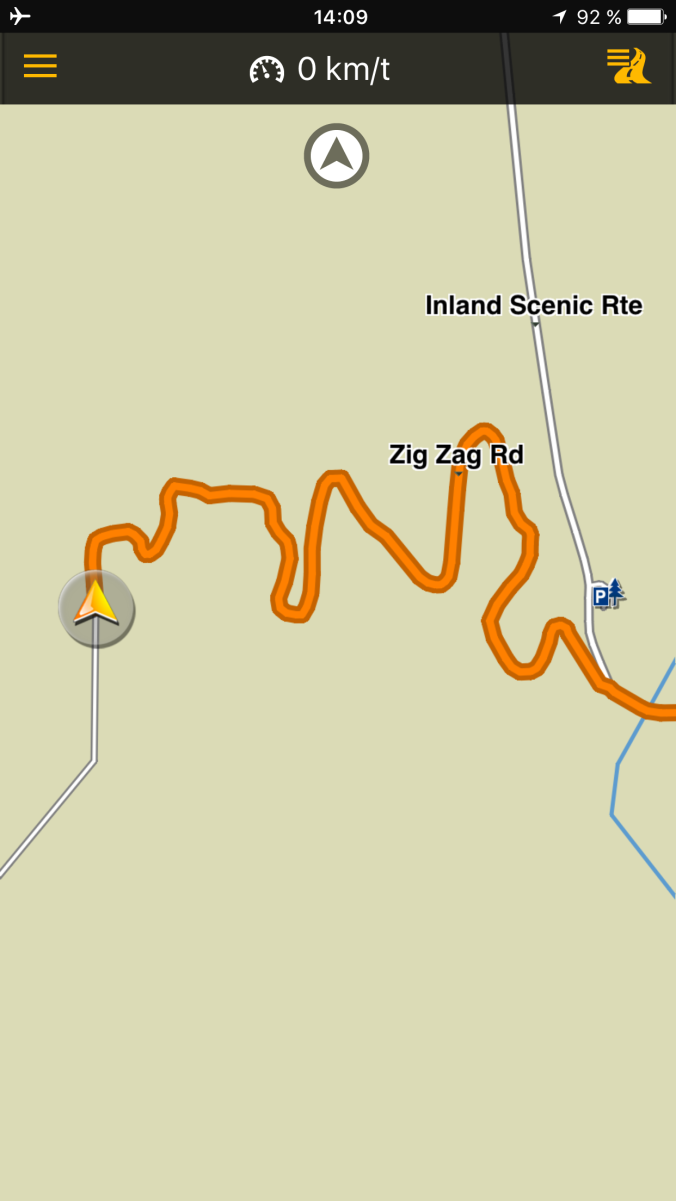 In Methven (which always makes me think ”Meth Haven”) I looked up places to stay at. After the wet days a shower and washing machine would be nice, and I sent out a few couch surfing requests. 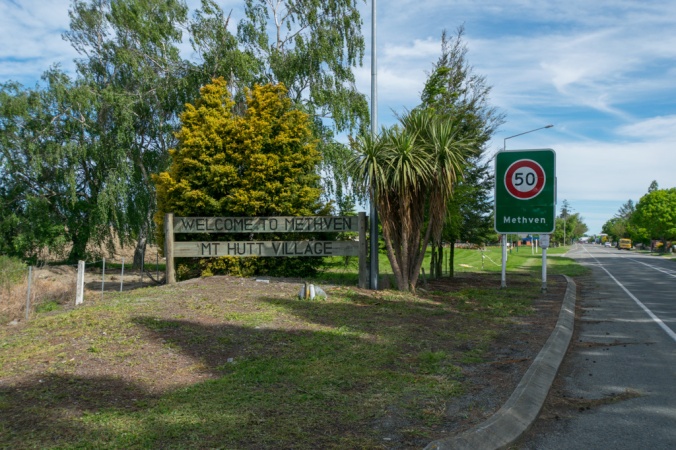 I got an answer, from a lovely person who already hosted someone else, but could let me pitch my tent in their garden. Their other guest made dinner (accidentally vegan), which was more than enough for all four of as (a really charming child, as well as us two guests and the host). I went out to do the shopping needed, washed my clothes and took a shower. Really nice after that last few days adventures!