To arrive early, I woke up early. The sun was shining as well, making the tent hot and not too nice to sleep in.

After a naked breakfast I biked until I got to Fairlie, where I went to the library for internet and a pause. I also called and booked a tour with Sky&Earth in Tekapo, to go on a midnight stargazing tour around Mt John Observatory!

When I was leaving, I met another cyclist, who were biking from Bluff to Cape Reinga! She did it for charity, and seemed like she was tougher than I was, with less resting and longer days! She got glad over the fact that she had downhill, though.

Trying to leave the city again, soon a car stopped me. It was the first car with the Americans, and after talking a bit, I continued. The other car (Helen) soon arrived, goon and all.

To make me go faster, we loaded everything but some food and water into their car, as I would continue having an uphill for the rest of the day. I had started at 223 metres above sea level, and would end at 731 metres…

Somewhere during this day, I passed 70 km/h for the first time this trip. Damn, that’s fast.

As I was biking, a black and white bird start flying just past me, again and again. I guess I was too close to its territory or something, but it followed me for a good couple of hundred metres, almost pooping at me. It scared me for some seconds!

After Burkes Pass, I soon passed a sign telling me I entered International Dark Sky Reserve! This would be so cool!

I arrived at the beach in Tekapo by 15.30. Even without luggage, it had been hard to push, and as soon as I got all the important stuff, and shoes, off me, I just walked down into the lake and took a swim. It was so cold, and so rejuvenating, and probably made my clothes a lot cleaner. With the sun out, I would soon dry anyway. 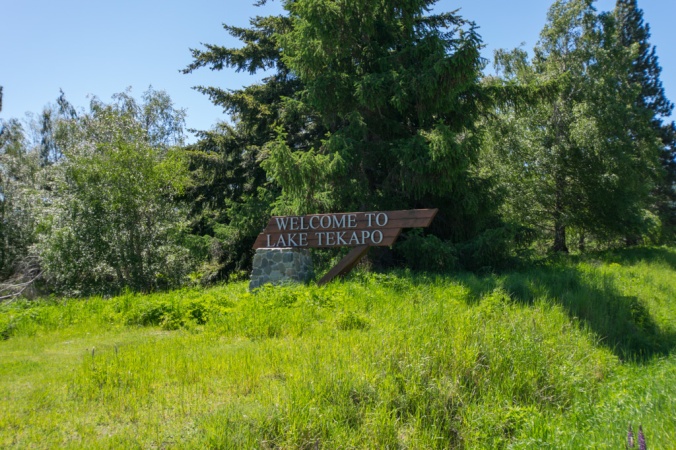 The Americans would continue to lake Pukaki, and I had a few hours to kill until midnight. There were some Canadians and a German chilling on a floating bridge, and so I hanged out with them until I got too tired and went to check in at a hostel.

After shopping and preparing and trying to use the overloaded internet, I slept for an hour, being dead tired. When I woke up again, I didn’t feel like going on a tour at all, but I had already paid, and made myself put on warm clothes and go to the reception, where a bus was waiting.

The tour itself was awesome. I got to learn how to navigate quite easily on the southern hemisphere, and a lot of other stuff I probably don’t remember all too well. I also stepped up my game in astrophotography.

I haven’t ever had the knowledge to be able to take this sort of photos, and that, together with an almost cloudless night, up at an observatory mountain, gave me some awesome pictures. I am totally in love with the results, and next time they are going to be even better! 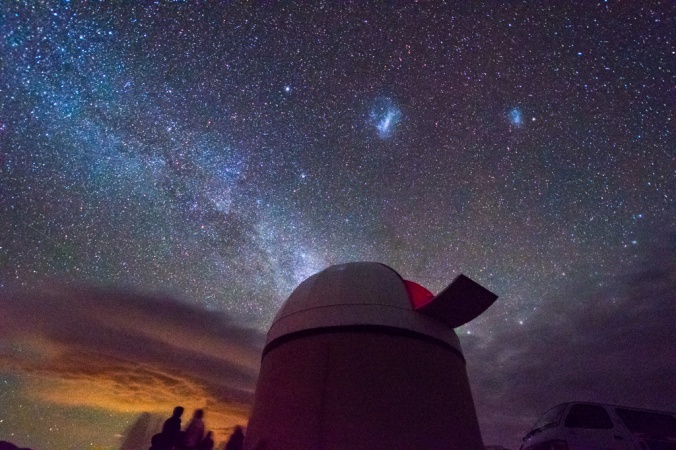 Two hours later, I had looked into ”clouds” full of stars, seen twin stars that looks like one for the eye, and many constellations and phenomena. We went back with the bus, and even though I was even more tired, I was too excited to go to sleep at once. I had to try and edit at least a couple of the pictures, and even though I saw things I could have done different, it was more than good enough for me. With those beautiful pictures in mind, I went to bed at 04.00 am, soon to wake up again, as I had to check out from the hostel… Totally worth it!

6 thoughts on “Damn, that was beautiful”